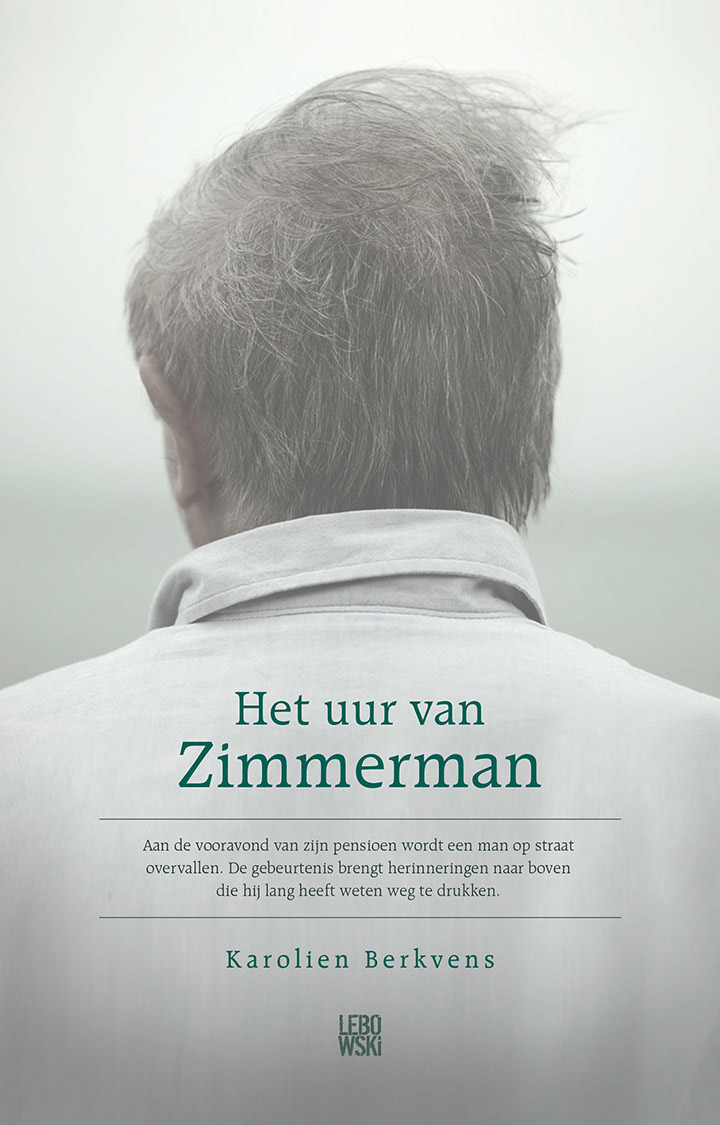 A gripping novel about loss, anxiety and the fight against time.

Loet Zimmerman's life is accurately structured - divided into blocks of fifty minutes each. Forty years he has been setting up the school's timetable. Now that he is retired his biggest challenge lies in structuring the time he has got left.
But then something happens shaking up his controlled existence: On the evening of his farewell party he gets mugged by a teenager, preying on his watch. This attack of violence fundamentally shakes his structured existence and reveals his long suppressed grief over the loss of his beloved wife Lucy.

Zimmerman becomes convinced that his robber is still out there to get him. And when neither the police nor his son Daniel seem to be taking his worries seriously, Zimmerman finds himself constrained to take matters into his own hands.

Karolien Berkvens convinces with impressive dialogues, a keen awareness for the human psyche, a great sense of humor and a precise and distinctive style. Her subtle social criticism and talent to allow the reader a glance behind the seemingly sound façade of normality is reminiscent of 'Het Diner' by Herman Koch.

Karolien Berkvens, born in 1986, studied Theatre at the University of Amsterdam and is the author of several plays. She lives and works in Berlin and Amsterdam. Her debut novel ZIMMERMAN'S HOUR was nominated for the Dioraphte Literature Prize.