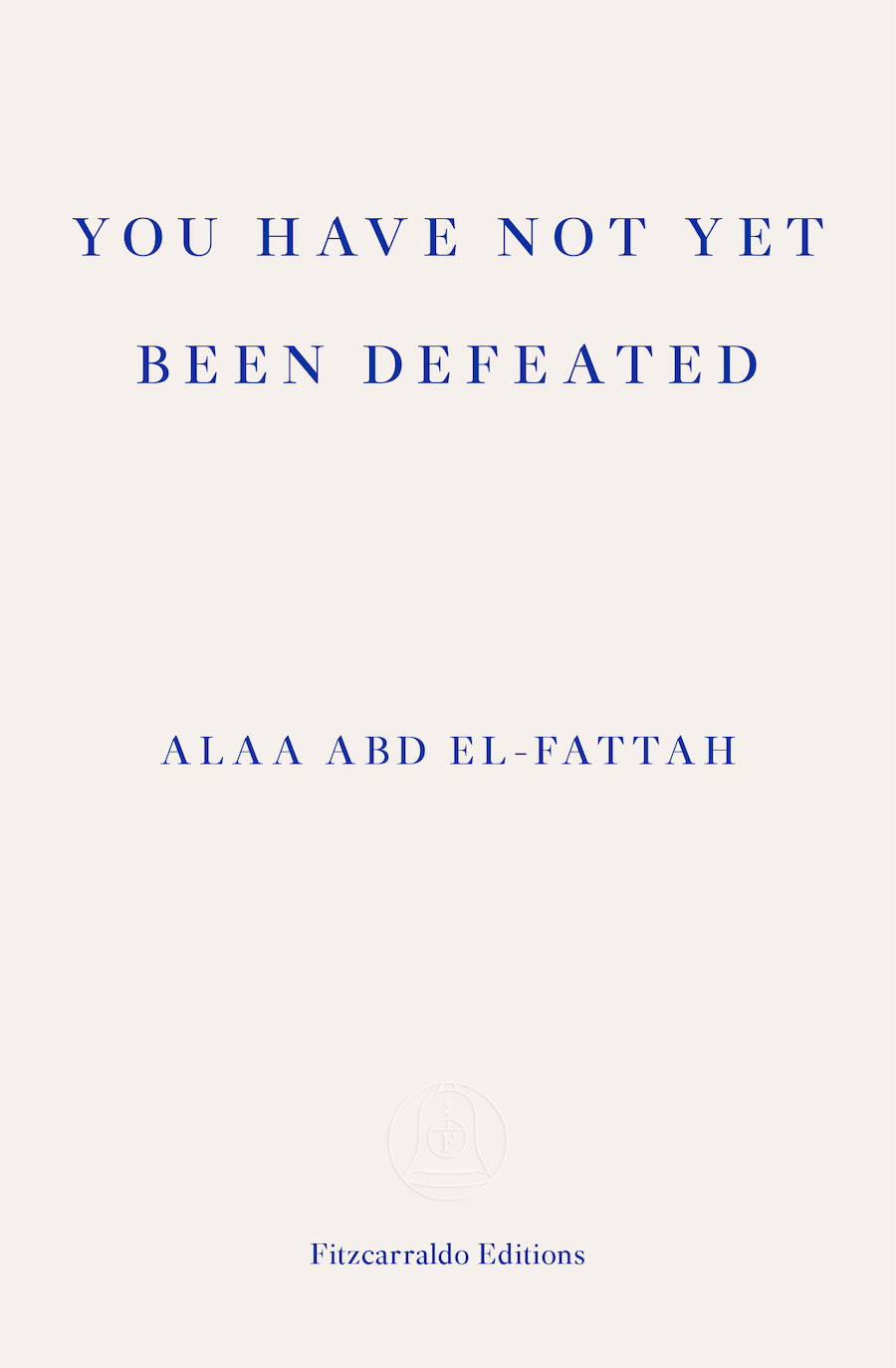 Writing from The Key Voice During the Arab Spring

Alaa Abd el-Fattah, 39, is arguably the most high profile political prisoner in Egypt, if not the Arab world. A leading figure among the young technologists and bloggers of the 2000s he rose to international prominence during the revolution of 2011. A fiercely independent thinker who fuses politics and technology in powerful prose, an activist whose ideas represent a global generation which has only known struggle against a failing system, a public intellectual with the rare courage to offer personal, painful honesty, Alaa’s written voice came to symbolize much of what was fresh, inspiring and revolutionary about the uprisings that have defined the last decade.
Alaa has been in prison for most of the last seven years and many of the pieces collected here were smuggled out of his cell. From theses on technology, to theories of history, to painful reflections on the meaning of prison, his voice in these pages – arranged by family and friends – cuts as sharply relevant, as dangerous, as ever.

With a preface by Naomi Klein.

»Alaa is the bravest, most critical, most engaged citizen of us all. At a time when Egypt has been turned into a large prison, Alaa has managed to cling to his humanity and be the freest Egyptian.«
Khaled Fahmy, author of All The Pasha’s Men

»Alaa is in prison not because he committed a crime, not because he said too much, but because his very existence poses a threat to the state. Those who are bold, those who do not relent, will always threaten the terrified and ultimately weak state which must, to survive, squash its opponents like flies. But Alaa will not allow himself to be crushed like that, I know.«
Jillian C. York, director of the Electronic Frontier Foundation

»Alaa is a philosopher of everyday life and life-long struggle; he doesn’t merely find meaning in that which we go through, especially in dark political moments, but creates meaning and gives it form in writing. And he does so from a highly entrenched and implicated place in the present. His thoughts know no frontiers; they pierce through local contexts to inspire new modes of thinking about the chaotic substance of politics.«
Lina Attalah, editor in chief of Mada Masr

Alaa Abd el-Fattah is an Egyptian writer, technologist and political activist. He is currently being held in indefinite detention in Egypt. He was a central figure in the blogging movement of the early 2000s, a vanguard of free speech and radical discourse that would become one of the catalysts of the 2011 revolution. Committed to using both on-the-ground activism and online platforms to push an uncompromising political discourse, Alaa was 24 when he was first arrested under Hosni Mubarak. Since then he has been prosecuted and arrested by the three other Egyptian regimes of his lifetime. After the coup d'etat of 2013, he was among the principal targets of the counter-revolution and has been held in the regime’s prisons since then.