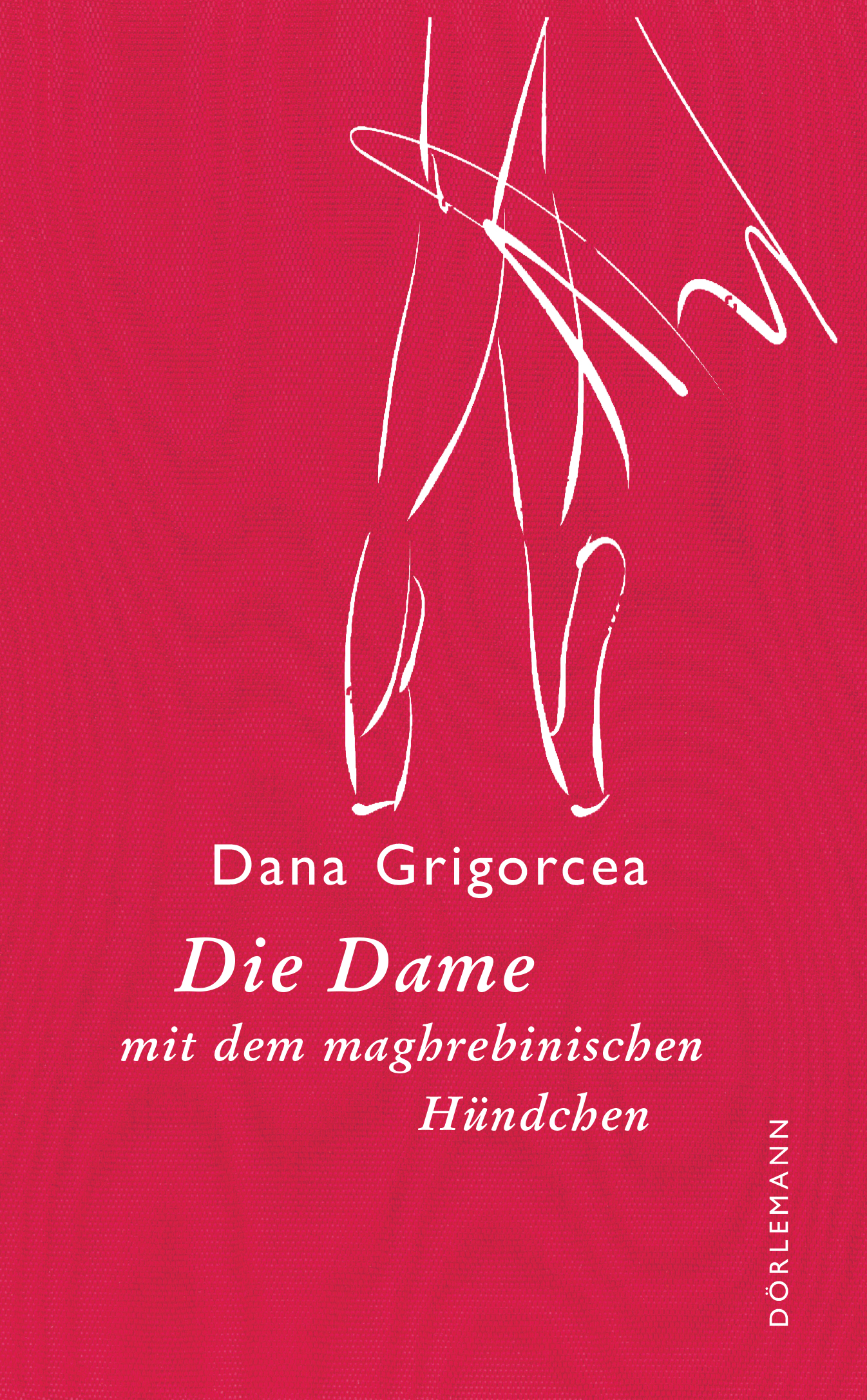 The Lady with the Little Maghrebian Dog

A feather-light dance around the desire for affection, love and art.

Anna is a dancer. Well-married, she leads a fine life. Then she encounters Gürkan. He approaches her on the lakeside promenade, and nothing is ever the same again.

The Lady with the Little Maghrebian Dog tells of an extraordinary love affair in Zurich, from the heart of a society that only wants to indulge in the good life. In a bright, shimmering setting, an image emerges of a heterogeneous society in which exoticism and belonging, as well as the role of art are to be renegotiated.

A ravishing tale of the desire for sense and sensuality, and across time, an homage to Anton Chekhov.

»Required reading with a healing effect for when you think you've again found the man or woman of your dreams.«
Die ZEIT - Buchtipps

»A ravishing novella about the desire for passion and an artful homage to Chekhov.«
SWR 2 - Book of the Week

»An enjoyable novella about love. And much more than that.«
MDR Kultur

»Stylish and narrative beauty as in this novella is rare in todays literature. Mastering such, not needing to hide away in the comparison to Checkhov and having so much to say as Dana Grigorcea has is an achievement in itself.«
Luzerner Zeitung

»DanaGrigorcea has come a long way from the Danube Island to the Limmat. They areworlds apart, geographically and in also almost every other regard. With hernovella, this master stroke of serenely melancholy prose, she has transformed everyearthly heaviness into feather-light effortlessness and elegance. «
Neue Zürcher Zeitung

»A modern, globalized version of Chekhov's novella, a love across all class and cultural differences, no trivial feat even today.«
MDR

»An homage to the arts, literature, bodies ... Dana Grigorcea's clear and graceful style is a delight. A plea for the ephemeral nature of happiness.«
Deutschlandfunk

»A pas de deux of poetics and poetry, full of grace.«
Süddeutsche Zeitung

»A fascinating contrast of the light and floating and the feelings that develop between the two of them. I admired that a lot.«
Dorothea Westphal, ZDF Blaues Sofa

»Grigorcea's writing is both concise and atmospheric. She is able to capture the emotional lives of her main characters as well as the essence of Zurich, giving a sense of what it is like to live and love in the city. The novella reads as a wake-up call, encouraging readers to follow their hearts and engage fully with life.«
New Books in German

»Dana Grigorcea conjures up a world of flowers and sunlight, of music and dance and theatrics with relish. She allows her Anna to spin the silk in this web just as an elegant spider. We understand from the dance of the words alone, that Anna is so much a part of this world that she wouldn't exist without it. Despite this, Anna still craves more than anything to be in Gürkan's arms. And so this pirouetting novella elegantly enchants and entraps us without our noticing - just as the bee Anna tries one day in vain to rescue from the cocoon of a spider.«
Der Bund

»Thisnovella is a dance around the desire for affection, love and art. ... A littlebook full of longing for sense and sensuality. A declaration of love to art, and especiallythe performing arts. However, testingly other themes appear. The question ofintegration, society and how it deals with foreigners.«
Leseschatz

»A tributeto Zurich ... A bittersweet tale ... Dana Grigorcea conjures up a world of flowersand sunlight, of music and dance and theatrics with relish. «
Tagesanzeiger

Dana Grigorcea was born in Bucharest, Romania, in 1979 and lives in Zurich. She came into contact with the German language at an early age because her nanny only spoke German with her and her middle-class family advocated that she attend the comparatively little indoctrinated German school during Ceausescu's dictatorship. Grigorcea studied German and Dutch philology in Bucharest, then theatre and film direction in Brussels and quality journalism in Krems. She worked as a university lecturer and arts editor and has lived in Zurich as a writer since 2011. She has received numerous awards for her novels and short stories, including the 3sat Prize at the Ingeborg Bachmann Competition. THOSE WHO NEVER DIE is longlisted for the German Book Awards 2021.