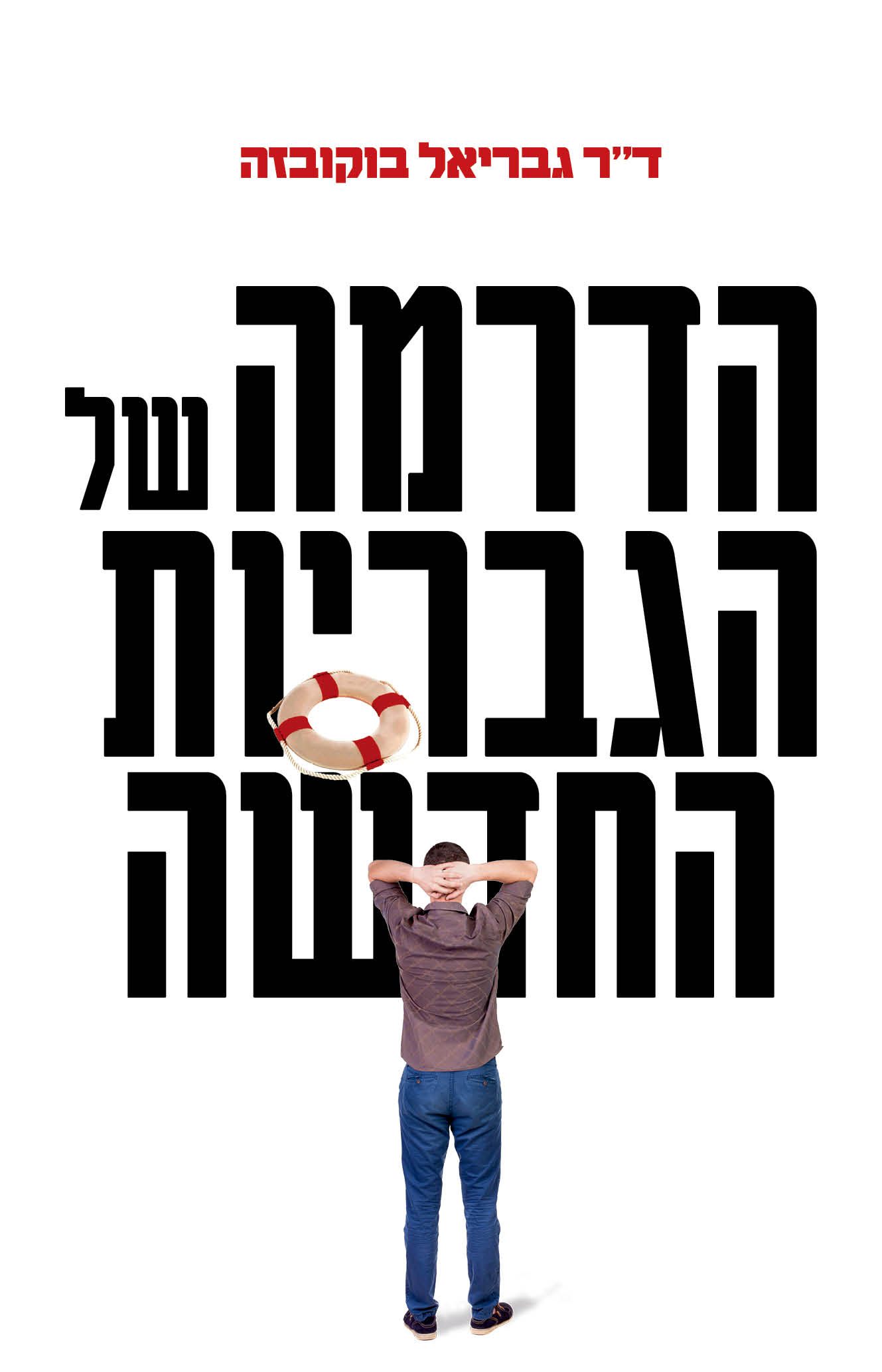 The Drama of New Masculinity

Men: fragile and split heroes. An in-depth examination of the foundations of masculinity, its origins and primary characteristics.

From the dawn of time, they have been taught to be strong and fearless. They learn to conquer territories (and women) and defend them; they are expected to function flawlessly at work (and in bed); they control all centers of power; and they are measured by their success and resilience. They are men.
But is this the real face of masculinity? When was the social order, which formulated this strict set of expectations turning the male into the man, actually formed and why? How has this uncompromising model of masculinity penetrated so deeply into the stratums of culture, society and language, rooting itself in all the relationships a man leads in the course of life, with his parents, partners, children and friends?

Gabriel Bukobza unravels the story of man in a way very few - least of all men themselves - are willing to tell: it is the story of a hero who is fragile and split, pained and oftentimes exploited; who is forced to pay a heavy toll for the roles he is required to fulfill and an even greater toll if he attempts to avoid them. In his endeavor to outline central issues in the world of men, which are relevant to all of us, Gabriel Bukobza touches on every possible field of knowledge. He offers new research and theories, and since he is not only extremely knowledgeable but also a gifted writer, the result is a groundbreaking and insightful book.

THE DRAMA OF NEW MASCULINITY takes the reader on a journey that starts at the beginning of time and asks how the role of men, as we know it today, developed. It tackles significant issues in men's lives such as men's sexuality, men's power and powerlessness, violence, the primary relations with his parents, and outlines a way for men of our era to forge a new form of identity for themselves.

»The book focuses on stops in the history of the male sex from the early days of man millions of years ago to this day and advances through masculine rites, power relations between men and women, violence and more. The picture depicted is hard and painful but Bukobza believes there is still hope.«
Haim Acherim

»Bukobza writes important things: about the way men are driven to undertake dangerous missions and sacrifice themselves, for example in the battlefield; about the process of socialization, which makes many of them avoid asking for help and neglect their health; about the social order that distinguishes between strong and weak men and more. He is of course also suitably up-to-date on the scientific findings that prove there is no 'masculine brain' and 'feminine brain' and that the distinct hormonal systems do not steer the two genders toward a predetermined fate.«
Haaretz

»The book discusses the move from the masculine rugged man, who won't shed a tear, to a new kind of masculinity that wants to examine itself, and raises questions about where men are taken advantage of or exploited, seeks to start a new discourse of solidarity between men.«
The Morning Show, Channel 10

»One main thing one must mention when reviewing this book is the style of the writing. Despite being a non-fiction book, it offers a flowing, easy and natural read. Bukobza has a talent for writing and a gift for adding his own additions without taking the spotlight from the research in a way that makes the reader connect and sympathize. And this is the book's most important and meaningful mission, more than any of the study conclusions - creating a sense of connection and sympathy in men toward themselves and in woman toward them; a pause in the gender struggle for the sake of understanding that we are all one living human fabric that longs for some compassion.«
Makor Rishon

»The seasons change. Women change. Men change. Have you read Gabriel Bukobza's fascinating thesis about the suffering men who are sent out into the battlefield, torn away from their children in divorces, fall off cranes on building sites and suffer from more mental issues compared to women? I liked his male mutiny.«
Yediot Acharonot, Shlomo Artzi

Dr. Gabriel Bukobza has a PHD in Psychology from the Hebrew University in Jerusalem and was a visiting scholar at Harvard University, Cambridge. He is a therapist and a lecturer on psychology at Tel Aviv University and the Peres Academic Center.