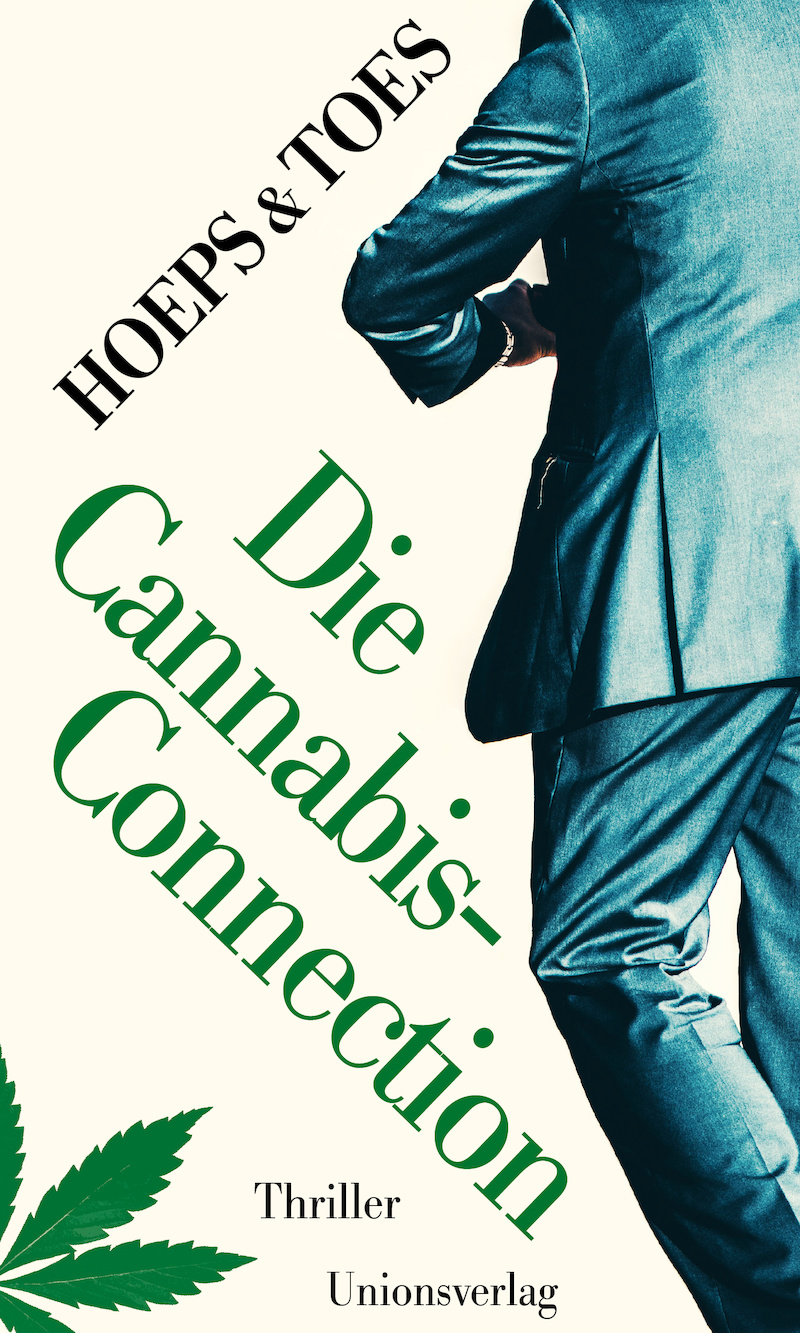 by Jac. Toes and Thomas Hoeps

A Highly Relevant Political Thriller About the Entanglements Between Mafia and Politics From the German-Dutch Crime Dream Team.

Dr. Marcel Kamrath is the ideal politician. Charming, ambitious, goal-oriented and philanthropic. The secretary of state already has a ministerial post beckoning to him, he only has to successfully bring the legalisation of cannabis through the Bundestag. But then his past, which he thought he had buried, catches up with him. A childhood friend from Amsterdam turns up.

The reunion turns into a merciless power struggle for Kamrath, in which he loses more and more control. Kamrath is driven deeper and deeper into a dangerous duel, which he can only survive if he sacrifices everything that is important to him.

»What a terrific thriller! Thrilling, complex and knowledgeable, Hoeps & Toes create a horror scenario that never lets you go: The drug mafia faces the sometimes no less corrupt political business - with bloody consequences. Very captivating, intelligent and merciless - a great read on a hot topic!«
heyn.at

»In a spiral of ambition, power and violence, the German-Dutch author duo sets multi-layered characters against each other. In sophisticated language and against a carefully researched background, they tell a thematically topical story that cannot end well in the tradition of a Greek tragedy. If politics were always so exciting, there would be no more non-voters. If it were always so cruel - no politicians«
Glauser Crime Award, shortlist, The Jury

»The German-Dutch author duo Hoeps & Toes delves very credibly into the labyrinth of political decision-making. The merciless pressure that the drug mafia knows how to build up in order to assert its political interests causes goose bumps.«
WDR

»Hoeps & Toes have delivered a tremendously thrilling crime thriller, which captivates you from the beginning and reflects the abysses of the political landscape in a bitterly angry way.«
Barsortiment Könemann

»A rapid book, with many well constructed and exciting dialogues and action scenes to read against a political background. Interesting characters, entangled history and interesting insights into the context of the cannabis business. The German-Dutch author duo Hoeps & Toes is a real recommendation.«
HR 1

»A trip to the cannabis scene and a look behind the scenes of the political machinery in Berlin, where worlds collide, is exciting and entertaining.«
Radio Bremen 2

»Hoeps&Toes open up abysses, with every turn of the sentence they tighten the thumbscrews for their characters and suck the reader into a 350-page nightmare.«
Rheinische Post

Jac. Toes, born in 1950 in The Hague, Netherlands, lives and works as a freelance court reporter in Arnhem. After studying Dutch literature he worked as a teacher. He became involved in the squatter scene in Arnhem and founded a pirate radio station in 1980. Since 1995 he has worked exclusively as a writer and screenwriter. In 1998 Toes was awarded the Dutch crime novel prize Gouden Strop for photo finish. In Germany he was awarded the Golden Handcuff for his work.

Thomas Hoeps, born in 1966, lives and works in Krefeld and Mönchengladbach. He worked in the Daimler-Benz data archive, in the physics laboratory, at the horse race counter and as a journalist until he received his doctorate on terrorism in German literature. In 1997 he published his debut novel Pfeifer ausbruch (Whistler breaks out), followed by poems, stories and a play. For his books he has received, among others, the Literature Promotion Prize of the City of Düsseldorf and the Nettetaler Literature Prize. He is head of the cultural office of the city of Mönchengladbach.