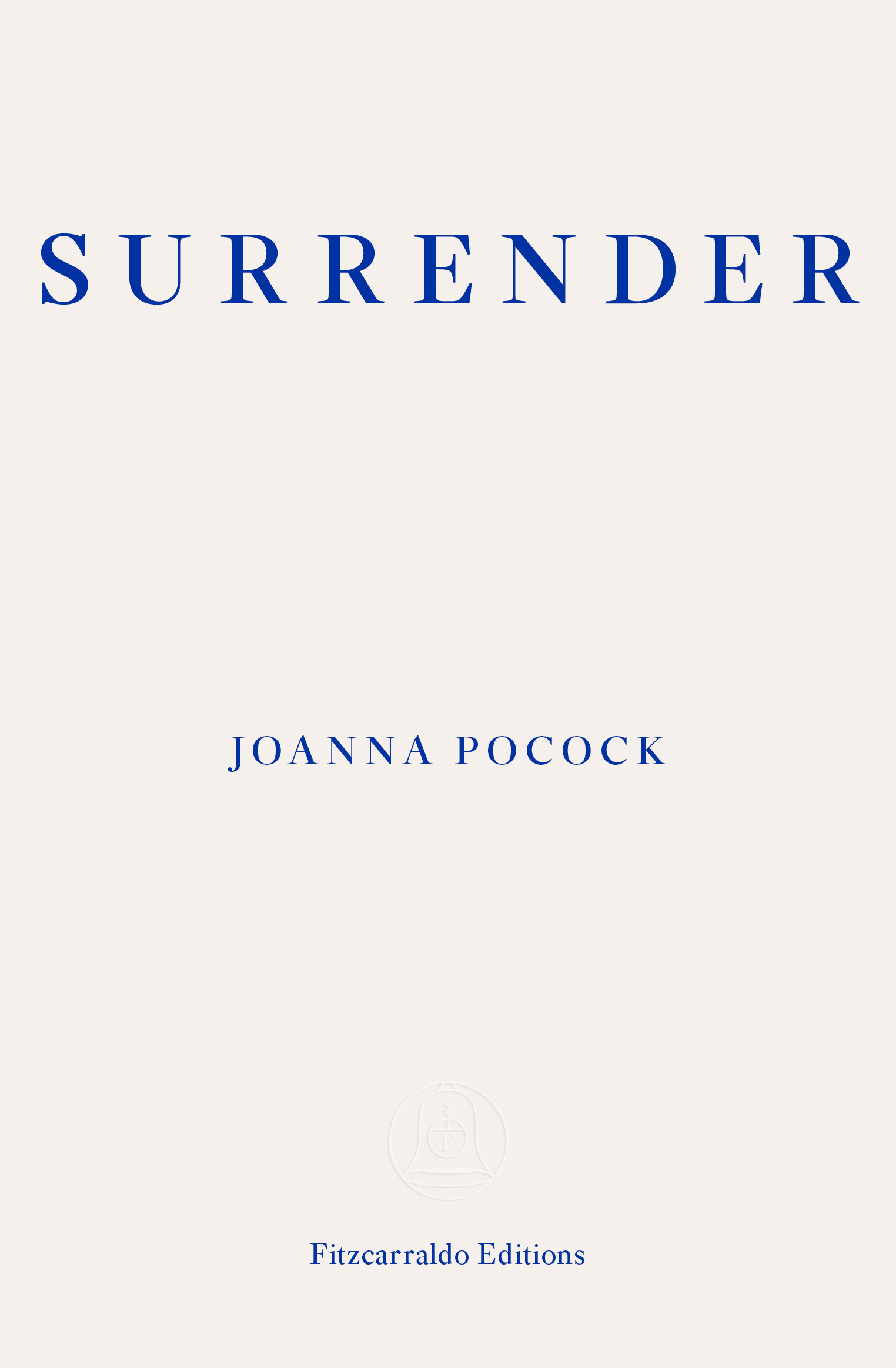 Blending memoir with reportage, criticism with nature writing, SURRENDER is a narrative non-fiction work on the changing landscape of the American West, inspired by a two-year stay in Montana. At a time of personal crisis, after losing her parents and beginning menopause, Joanna Pocock becomes fascinated with radical environmental movements. She witnesses the annual tribal bison hunt near Yellowstone Park, where she meets a scavenger community honing ancestral skills. She joins Finisia Medrano, a transsexual rewilder, to learn about life on the Hoop. She attends the Ecosex Convergence, an annual gathering of people who place their relationship with the earth above everything else. With Surrender, Joanna Pocock offers a provocative and profound examination of life in an era of increasing climatic disruption.

»Pocock is an environmentalist, yet she is also clearly a humanist. She is always willing to hear people out, no matter how extreme their points of view, and to accept the limits of her own knowledge. ... Pocock’s writing is a prism, refracting hidden nuance from her subjects and meaning from memory. ... whether it is climate crisis or midlife crisis, Pocock holds her themes lightly, allowing the “fluidity of life” to run its course.«
Times Literary Supplement

»Pocock’s prose is understated and spare, and, like a cave painting, does perfect justice to her subject. It doesn’t debase the living world by trying to overword it. It is just a sketch, and in its gentleness touches it perfectly ...This is nature writing that we need: standing in contrast to writing that forces the human into the picture as observer, or tries hard to pin the thing down exactly, with alienating expertise or florid description. ... [Pocock’s] is a perspective not of objectivity or voyeurism, but of participation in the web of life and in the land and communities as she writes them.«
The Irish Times

»What makes Pocock’s narrative voice so likeable is her frank outsider-ness when encountering some of the more extreme lifestyle choices – both on the political right with the wolf trappers, and on the liberal left with the ecosex earth lovers. She’s a city dweller in a monogamous relationship (and not with the earth), a vegetarian – but not a vegan or a paleo-dieter - and someone who can’t give up the cinema, bookshops or stable healthcare provision. Further, unlike some of the off-gridders that she encounters who harbour anger and resentment towards mainstream society, Pocock is enthusiastic about the potential for society to change. Her narrative voice becomes an earnest mediator between the extent, nuances and degrees of various modes of life-commitments to environmentalism and the average white middle-class, earth-conscious but ultimately safe liberal lifestyle.«
Review 31

»A bewitching and deeply affecting book. Pocock’s elegant interweaving of the intimate and the expansive, the personal and the universal, culminates in a work that forces us to consider our own place in, and impact upon, a world that could itself have more past than future.«
The Spectator

»Surrender is an astonishing book about the fragility of nature, grief, the American West, the consolations of travel and the exquisite agonies of mortal life. Pocock travels widely in time and space, through memories, visions, the deaths of her parents and the birth of her child. Beautiful, wise and deeply moving, this is ambulatory philosophy at its finest – for readers of Rebecca Solnit, Lauren Elkin, Garnette Cadogan and Iain Sinclair.«
Joanna Kavenna, author of A Field Guide to Reality

»Written with great narrative richness and an anthropologist’s intrepid gaze, Surrender is fascinating, urgent and profoundly compelling. It is an important addition to nature’s library.«
Chloe Aridjis, author of Sea Monsters

Joanna Pocock is an Irish-Canadian writer living in London. Her writing has notably appeared in the Los Angeles Times, the Nation and on the Dark Mountain blog. She was shortlisted for the Barry Lopez Narrative Nonfiction Prize in 2017, and won the 2018 Fitzcarraldo Editions Essay Prize for SURRENDER.