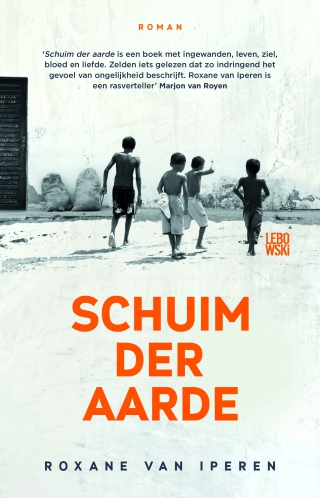 Scum of the Earth

There is but one goal. Survival.

Anjo grows up in an old barn, somewhere on the endless sand plains of Brazil. Every day is like an ordeal to him and the other five orphaned children â€“ there is hardly any food and they are constantly subjected to the cruel ways of their â€˜guardians' and their guests.
Light years away there is a metropole, with its slums. Two young prostitutes there try to make the best of their lives, whilst dreaming of a better future. Everything changes when one of them gets pregnant.
In the city itself lives Elizabet, married to the police chief who is fighting corruption in his force. They have a good marriage, a beautiful house and a housekeeper she loves, but one thing is missing.
Echoing memories of films like 'Cidade de Deus' and 'Tropa de Elite', Roxane van Iperen weaves these lives into one swirling novel about pain, loss and pining for things that never were. She takes us to a world where morality and malleability are hollow notions. There is but one goal: survival.

»An oppressive and horrific story about inequality and morality demonstrating an admirable empathy.«
Opzij

»A well-composed and deeply committed novel. Sinister and terrifying and composed in the blackest black. Not necessarily something that makes you happy, but definitely making you poignantly wiser.«
De Volkskrant

»This is a book with intestines, life, soul, blood and love. Seldom have I read something that so captivatingly describes the feeling of inequality. Roxane van Iperen is a masterful narrator.«
Marjon van Royen, Brazil correspondent

»A very tough, ruthless novel from a huge literary talent.«
Follow the Money

born in 1976, is a lawyer, strategist and publicist with a focus on political, economical and financial issues. She writes for Het Financieele Dagblad, NRC Handelsblad, Het Parool and De Morgen and is a guest-correspondent for De Correspondent. SCUM OF THE EARTH is her debut novel.