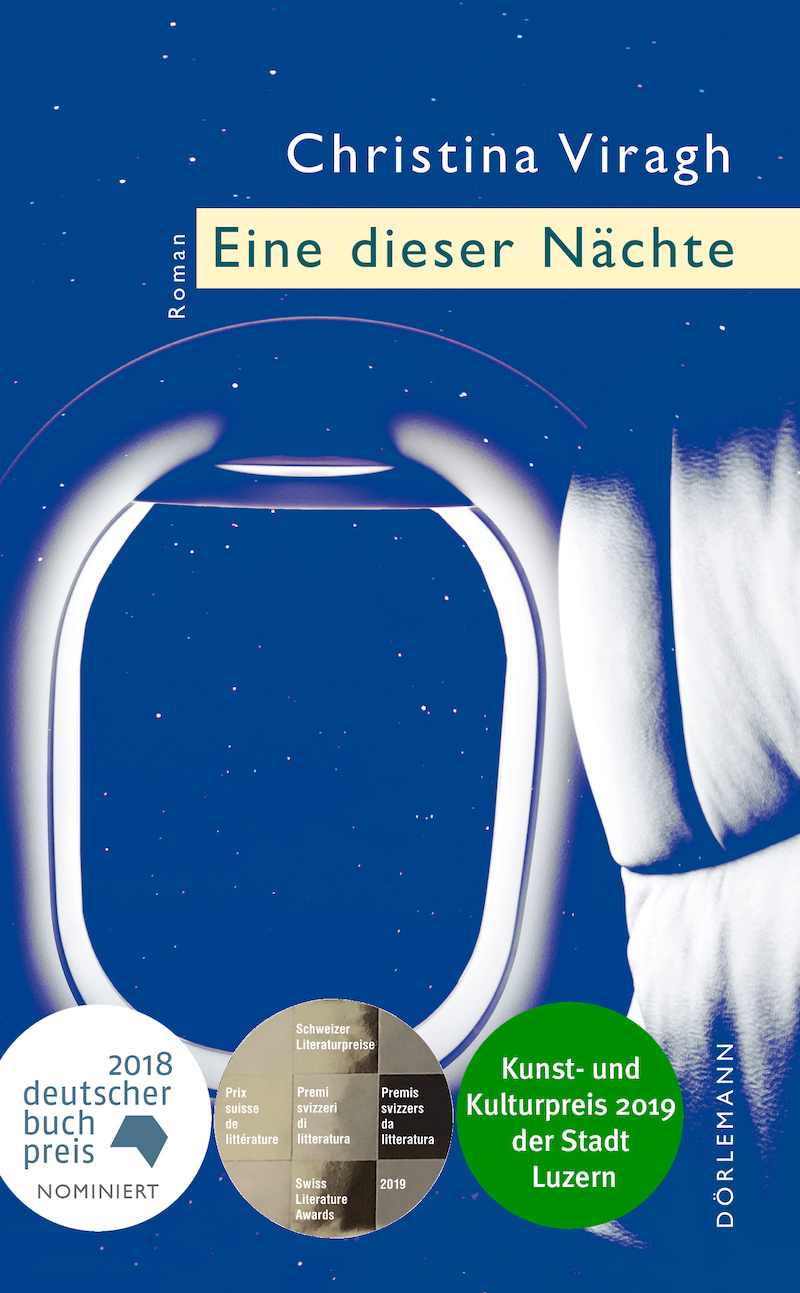 One of These Nights

A Long-Haul Flight That Turns Into an Emotional and Intellectual Adventure.

It is one of those nights, when you have to keep telling stories to forget darkness and fear. In Bill's opinion at least, who is sitting next to Emma on a flight from Bangkok to Zurich. He gets on her nerves with his thunderous voice, talking about his life - and for dear life. Not only is Emma unnerved, there are also other passengers who are forced to listen. Despite their reluctance they though are captivated by the pull of Bill's stories, mixing in their own stories and fantasies. Woven together, the stories form a tapestry full of unexpected references and correspondences, circling around a mysterious center. For Bill eloquently invokes places and people and strange creatures.
The twelve hours on this flight through the night develop a dangerous lure, of which not everyone will get out unharmed.

»A brilliant piece of work, humorous and tragic, full of stories pulling you in like quicksand.«
52 Best Books, SRF

»Brilliant! One of those novels where the desire to read is stronger than the need to sleep.«
Kurier Wien

»Showing us how narrating stories activates people and creates a community. An artful mesh.«
Süddeutsche Zeitung

»Viragh translates foreign phrases with sensitivity, but in One of Those Nights, she shows her own soft sound and narrative pull that transport through night and space.«
St. Galler Tagblatt, Luzerner Zeitung

»Literature cannot have a stronger effect than this.«
Zeichen & Zeiten

Christina Viragh, born in Budapest in 1953, moved to Switzerland at the age of seven and now lives in Rome. Following her studies of philosophy and literature, she has been working as a writer and translator since the 1980s, her translations including works by Marcel Proust, Imre Kertész, Sándor Márai and Péter Nádas. For her translation of Péter Nádas' 'Parallel Stories' she received the Award of the Leipzig Book Fair in 2012. Christina Viragh is a corresponding member of the German Academy for Language and Literature. ONE OF THESE NIGHTS was awarded a Swiss Literature Prize, the Luzern Art and Culture Prize and longlisted for the German Book Prize.