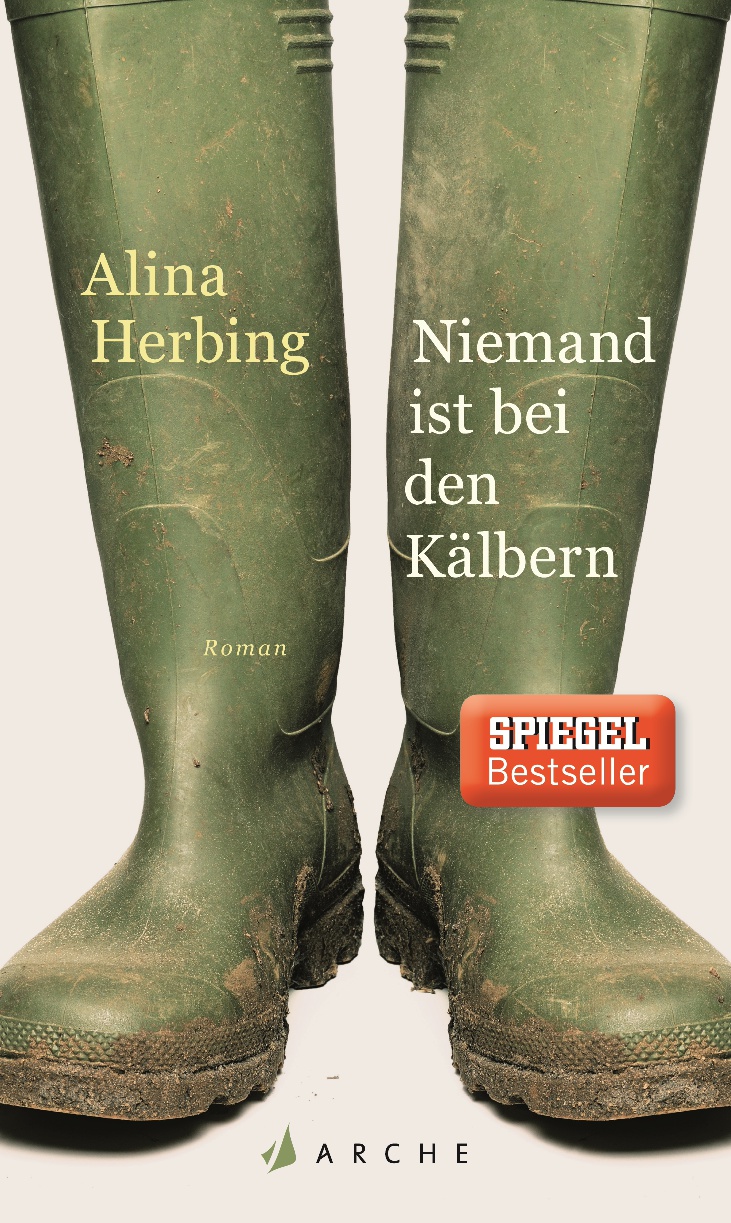 No One Is Watching the Cows

Boundaries and crossing borders, rural exodus and precarious environments, existential fear and the longing for freedom.

A village in Mecklenburg, Northern Germany. A farm in trouble. And a young woman caught in-between high performance dairy cattle and the desire to escape. Christin is in her mid-twenties and has recently moved in with her long-time boyfriend Jan, who lives on a farm on the countryside. Despite the decreasing price of milk, the dairy cattle farm is still Jan's most important purpose in his life. Christin though can't take pleasure in animal odors, calluses or broken nails. She dreams of a life in the city, preferably Hamburg or Berlin, of high heels and your typical office job. Alas, up until now it didn't work out because she is emotionally as well as financially dependent on Jan and his father â€“ and on her own father who is an alcoholic living in an old high-rise structure stemming from GDR times. Her way of gaining a little free time on her own now and then leads through the occasional lie and small escapes. One of these measures consists of an affair with forty-something Klaus, a wind power engineer from Hamburg who regularly commutes to the village for maintenance reasons. When she realizes that her love affair won't reach a next level â€“ and especially after she is busted â€“ a grand catastrophe is on its way.

»One of the most important debuts this year.«
Der SPIEGEL, LiteraturSPIEGEL

»With the cool embers of young mastery, Alina Herbing brings us an anti-idyll, where milking machines rather than trees whoosh, and a heroine who you want to assist in her rural flight.«
Antje Rávic Strubel

»The style is so headstrong and poetic that you want to stop and listen to the sounds even as they die away. The dialogue seems to dance, just like the characters. Nothing about this novel is too smooth. Alina Herbing's prose is rough and delicate, individual and beautiful.«
Clemens Meyer

»Develops such a narrative pull that you don't want to put it down again.«
STERN

»The way Alina Herbing describes the dreariness of this Mecklenburgian Hinterland-the village fairs, the fly paper in every room black with insect corpses, Jan's worries about falling milk prices-is so crystal clear and subliminally threatening that you have to catch your breath every few pages.«
Süddeutsche Zeitung

»Even if everything is terrible, one can't put away this novel, because one still likes the anti-heroine and roots for her. 'No one is with the Calves' is authentic, powerful and edgy-a slightly different rural novel and a captivating debut.«
NDR Kulturjournal

»Alina Herbing managed a debut that is so poignant, profoundly beautiful and smart, that it moves you deeply. With linguistic magic and sharp observations, she draws an altogether hopeful female portrait, that is at once marvelously funny and heartbreaking. There are no excess words here, no sequence worth skipping. Everything is so real, everything is so good, and it's over way too soon!«
Buchberührung

»Anything but idyllic. Alina Herbing's terrific debut novel dispels the romantic image of life in the country. In her novel deer end up in the combine harvester and boredom's washed down with cherry brandy. A new kind of Aga saga!«
Deutsche Welle

»Raw, chilly, relentless, but also with idiosyncratic beauty, Herbing disenchants the romantic image city-slickers have of rural life in her debut novel.«
emotion

Alina Herbing, born 1984 in Lübeck, is living in Berlin. She studied German philology and history, as well as creative writing and cultural journalism. Alina Herbing already published various texts in anthologies and magazines. NO ONE IS WATCHING THE COWS is her debut novel.