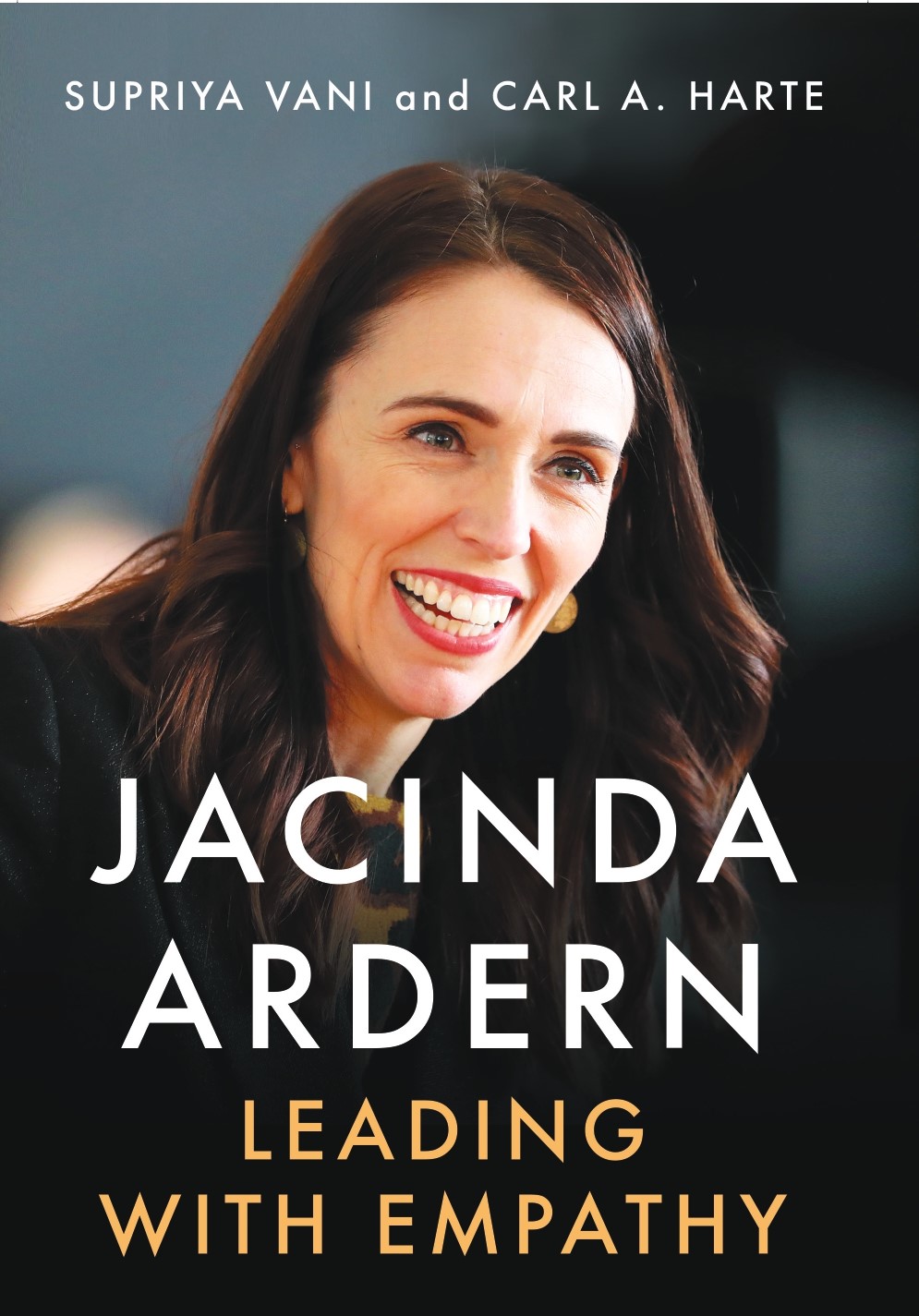 on behalf of Supriya Vani and Carl A. Harte
World

by Supriya Vani and Carl A. Harte

The Major Biography of New Zealand's Charismatic Premier To Explore Her Inspirational Leadership.

Jacinda Ardern was swept into office in 2017 on a wave of popular adulation. In less than three months, she rose from deputy leader of the opposition, to New Zealand's highest office.
Her victory seemed heroic. Few in politics would have believed it possible; fewer still would have guessed at her resolve and compassionate leadership, which, in the wake of the horrific Christchurch mosque shootings of March 2019, brought her international acclaim.

Her success at handling the country's coronavirus outbreak helped secure a historic landslide victory in the general election and won her a second term as New Zealand's Prime Minister. The definite 'anti-Trump', her worldwide standing rose to the point where she is now acclaimed as a model leader.

Journalist and peace activist Vani and Harte carefully explore the influences - personal, family, social, political and emotional - that have shaped Jacinda Ardern and made her the exceptional leader she has become.

on behalf of Supriya Vani and Carl A. Harte
World

Supriya Vani is a noted peace activist and human rights campaigner, who has interviewed and discussed the issues of human rights and world peace with numerous Nobel Peace Prize laureates, international celebrities and world leaders, including Jacinda Ardern. She regularly speaks at universities and government embassies, and attends international gatherings and forums such as the world summit of Nobel Peace Prize laureates. She is a recipient of an honorary James Patterson fellowship from Vanderbilt University, Nashville, Tennessee, and a board member of the Hague Justice Portal and Caravan for Peace, an NGO with more than fifty international Olympians in partnership with Peace and Sport. Supriya’s debut book, Battling Injustice (published by HarperCollins India), based on her interviews with all the Women Nobel Peace Laureates, won her acclaim and endorsements from a number of prominent international figures, including Malala Yousafzai, Mikhail Gorbachev, former United Nationes Secretary-General Ban Ki-moon, Juan Manuel Santos, Arianna  Huffington, Sharon Stone and His Holiness the 14th Dalai Lama. Supriya Vani lives in New York.

Carl A Harte is an Australian writer, actor and book editor. The recipient of an eLit Gold Award for his book, Building Your Own Home: Tips, Techniques and Thoughts for the Owner Builder, he has worked with a number of authors including the late former President of India, Dr A.P.J. Abdul Kalam, Om Swami, Lieutenant Governor Kiran Bedi, Arun Tiwari, Farahnaz Ispahani, Swami Agnivesh, Kishalay Bhattacharjee and Maxwell Pereira. He lives in India.