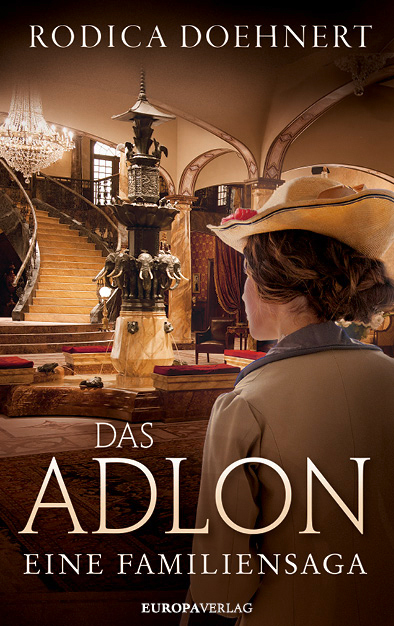 Five Strong Women and Their Search for Self-Determination - a Family Story That Began With a Lie and Ends With Love.

Berlin, 1994. Sonja Schadt has spent almost all of her life in the legendary Adlon hotel behind the Brandenburg Gate. She experienced its founding, its golden age, and its collapse. She has protected the spirit of the place. And she has been patiently waiting to solve her family secret. When she finally stands across from her niece, she is 90 years old. Katharina Zimmerman belongs to the team of architects tasked with rebuilding the Adlon. A consequential meeting. Against interior and exterior resistance, the two expose a family lie.

Rodica Doehnert, whose screenplay to The Adlon, a Family Saga turned a three-part series into a television sensation with 9 million viewers, lets a thrilling emotional story come alive before a historic backdrop. As Sonja Schadt tells her niece the story of the legendary hotel, its golden age and collapse, the reader discovers the true drama surrounding Sonja Schadt's actual background. With her niece's help, Sonja discovers the curse that prevents the woman in their family from being happy.

Rodica Doehnert studied directing at the College of Television and Film in Potsdam-Babelsberg and has worked for twenty years as a screenwriter, producing complex, thoughtful screenplays. Her three-part television series Hotel Adlon: A Family Saga won the 2013 Magnolia Award for Best International Miniseries at the 19th Shanghai International Television Festival and has been seen by more than thirty million viewers in over twenty-five countries.