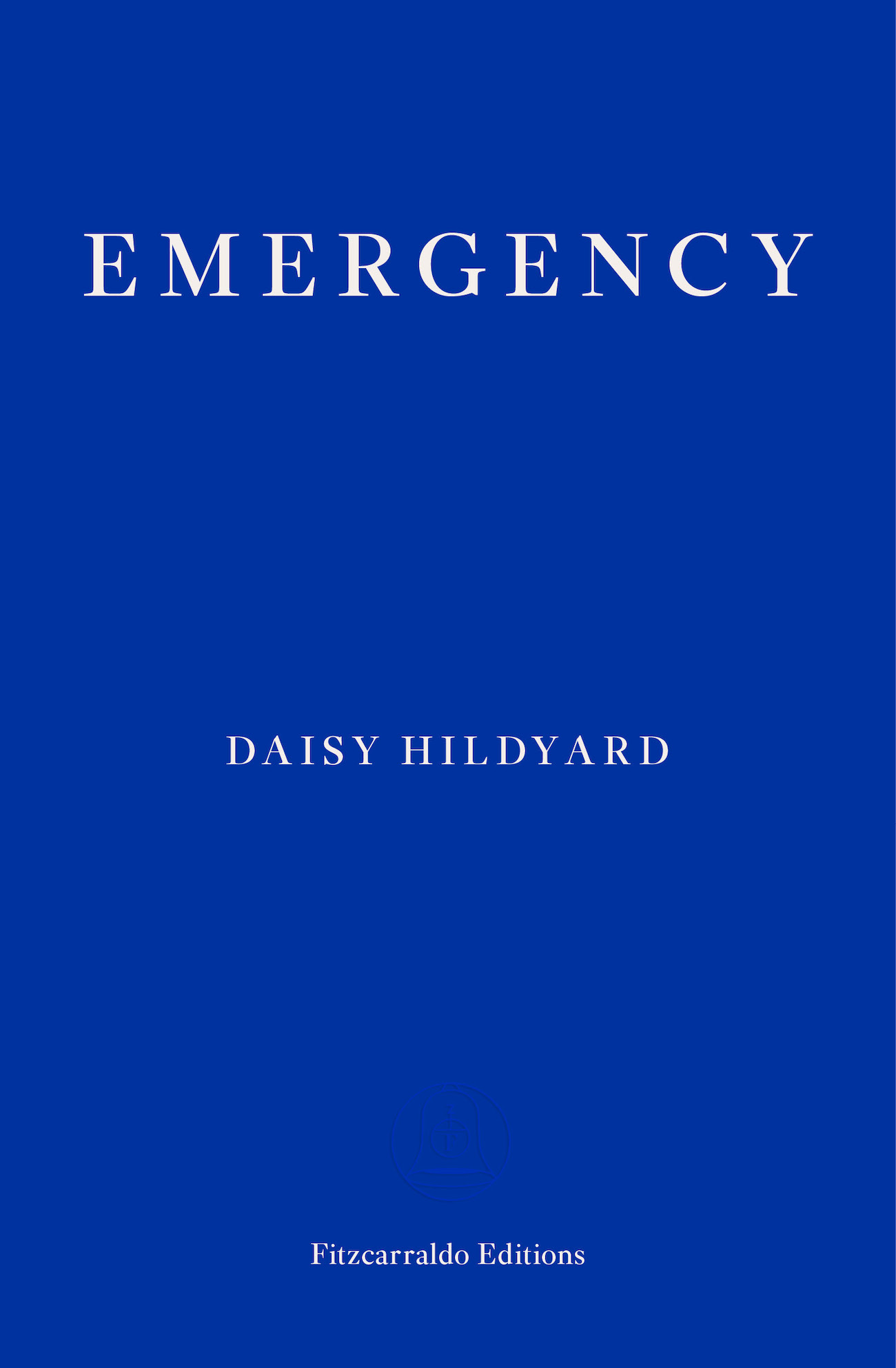 The Pastoral Novel for the Climate Change Era

Emergency is a novel about the dissolving boundaries between all life on earth. Stuck at home alone under lockdown, a woman recounts her 1990s childhood in rural Yorkshire. She watches a kestrel hunting, helps a farmer with a renegade bull, and plays out with her best friend, Clare. Around her in the village her neighbours are arguing, keeping secrets, caring for one another, trying to hold down jobs. In the woods and quarry there are foxcubs fighting, plants competing for space, ageing machines, and a three-legged deer who likes cake. These local phenomena interconnect and spread out from China to Nicaragua as pesticides circulate, money flows around the planet, and bodies feel the force of distant power. A story of remote violence and a work of praise for a persistently lively world, brilliantly written, surprising, evocative and unsettling, Daisy Hildyard's Emergency reinvents the pastoral novel for the climate change era.

»In a moment of stillness, and from a distance, life is remembered in all its photorealistic, hypnotizing detail: a moth breaks violently out of its cocoon; a vixen protects her cubs; a calf kicks its leg along the inside length of a cow; a pretty girl exerts her power. Emergency is a mysterious and beautiful novel of painstaking attention – attention to other minds, to the time within time.«
Elisa Gabbert, author of The Unreality of Memory

»In this powerfully attuned novel, the world presses in on all sides, refusing to become background. From the discarded plastics of the narrator’s childhood, now circulating microscopically in the world around her as an adult, to the journey of grass through the bodies of animals and back out to the field as fertiliser, Emergency shows us the cost, as well as the conflicted splendour, of a world that is 'fatally interconnected'. Its prose is bewitching and uncompromising, alive to the enmeshing of cruelty with care that articulates our shared – human and nonhuman – existence.«
Daisy Lafarge, author of Paul

»Rich and unflinching, Emergency expands our sense of what it means to live, as we do, in a time of crisis. It leads us beyond rational climate debates into the deeply sensual, and sometimes nightmarish, places where our inner and outer worlds make contact.«
Katharine Kilalea, author of OK, Mr Field

Daisy Hildyard holds a PhD in the history of science, and has previously published essays on the language of science, and on seventeenth-century mathematics. Her first novel HUNTERS IN THE SNOW received the Somerset Maugham Award and a '5 under 35' honorarium at the USA National Book Awards. She lives in York with her family.