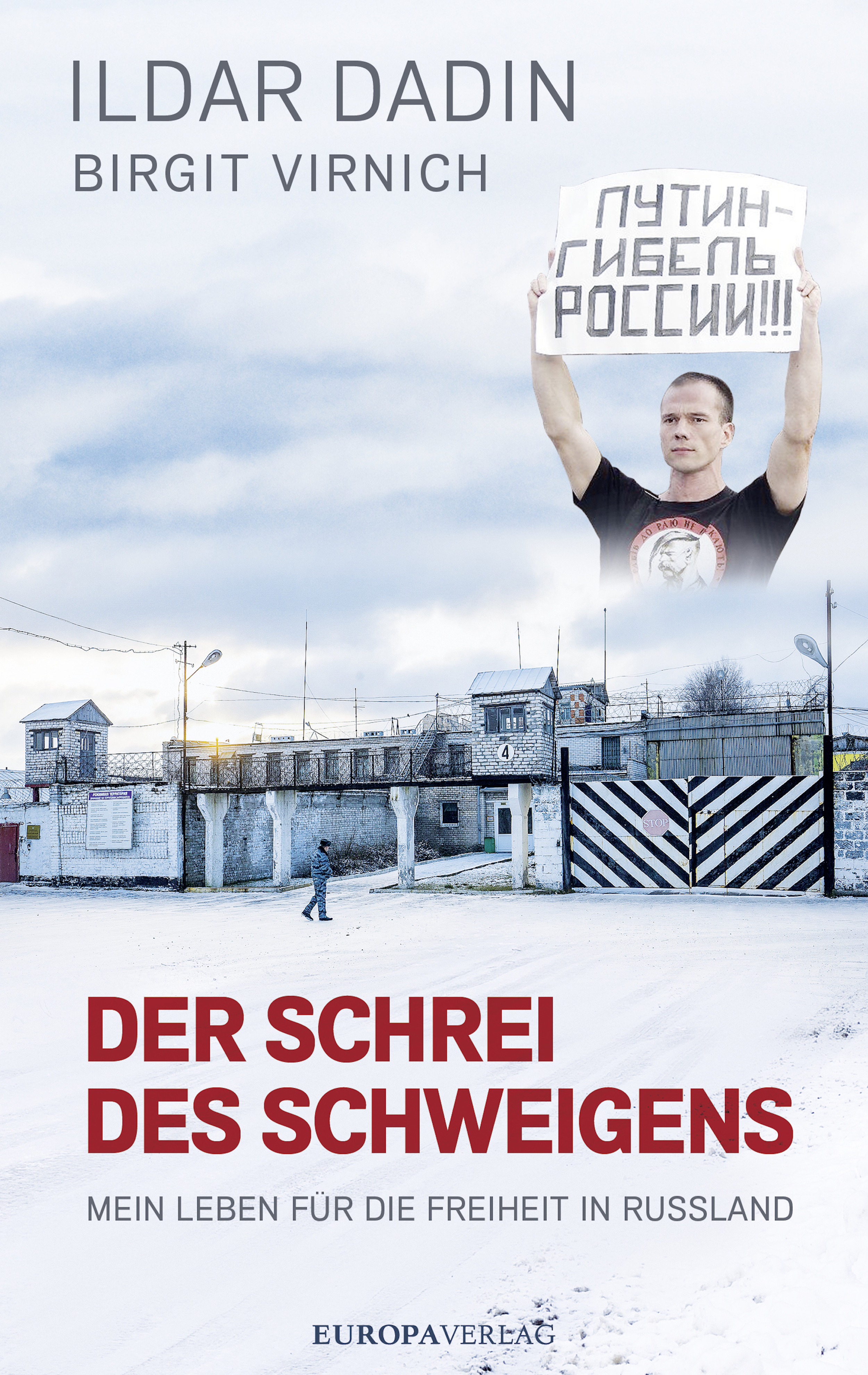 Deafening Silence
My Life in the Resistance

by Ildar Dadin and Birgit Virnich

In 2014, Ildar Dadin's protest in front the Kremlin begins. Quiet but persistent, he holds a vigil there against Russia's aggressive foreign policy and the war in Ukraine, holding placards labeled â€œPutin, Russia's disgraceâ€ or â€œKiev Today, Moscow Tomorrow.â€ It's a lonely protest, because, under the pressure of the Ukraine crisis, Russia has effectively banned peaceful demonstrations. Dadin is repeatedly arrested, until the Russian judiciary decides to make an example of the young man. Dadin is convicted to the three years of camp imprisonment in the notorious penal colony K7, in which Putin-nemesis Michael Chodorkowski did his time also. After months of systematic torture, he reports about the conditions in the camp in a secret letter to his wife. She should please publish his these notes, even if it puts his life in danger. When his prison notes appear online, the world press starts covering the Dadin case. Emboldened by the international support, the activist files a lawsuit against his incarceration, straight from Russia's most feared penal camp. And in February 2017, the unimaginable happens: not only does Dadin force his own release, but also the revision of the legal clause that got him behind bars in the first place. In his highly anticipated book, Ildar Dadin reports for the first time in detail about his martyrdom in the labor camp and offers deep insights into the political situation and harrowing human rights abuses in Russia.

»Detailed and shocking. Dadin and Virnich provide a thrilling insight into the political sentiment in Russia.«
Leipziger Volkszeitung

born 1982 in a poor Moscow suburb, joined the Russian protest movement in 2011. He was an electoral observer during the 2011 parliamentary elections and witnessed massive election fraud. Since then, he has been active in the democracy movement of his country and also participated in the Ukrainian freedom movement on the Madjan. His incarceration made international headlines and him one of the most prominent figures in the Russian resistance. In 2017, he was awarded the Boris Nemtsov Prize for his extraordinary commitment.

Birgit Virnich, ARD correspondent in Moscow and award-winning journalist, is among Dadin's closest confidantes. She has followed the Dadin case since his imprisonment in December 2015 and has collected extensive interview and film material of his family and supporters. Her work has long been focused on free speech, human rights and corruption. Since the publication of her book on an African activist in 2010, Birgit Virnich has been working as a non-fiction author.