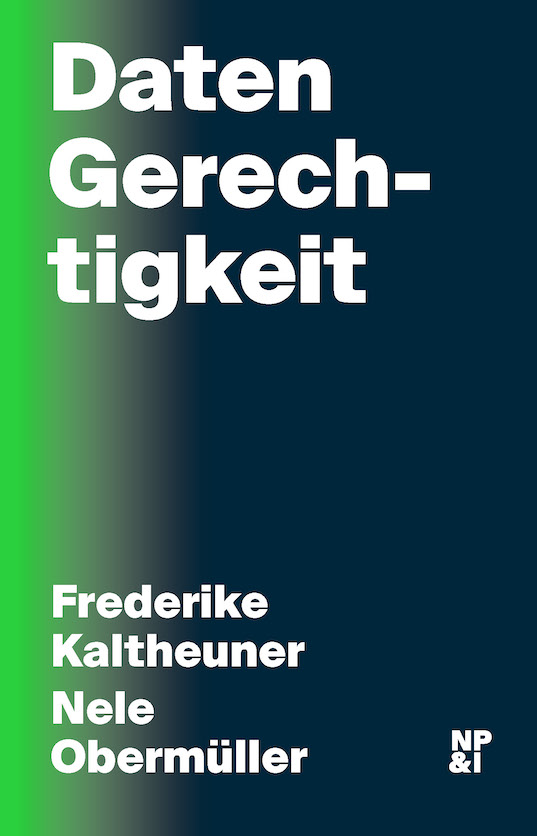 by Frederike Kaltheuner and Nele Obermüller

A Plea for Social and Global Justice in an Increasingly Connected and Interdependent World.

We continue to hold onto the misled belief that most of the data that exists about us are data we have shared, and that data analysis is more objective than human analysis. Data about us is also produced, hoovered up, compiled and used in ways we have not consented to or do not know about.
This book describes how we have lost control over our data and how increasingly complex systems use data to profile and score us. These assessments are not always accurate or objective, and there will inevitably also be misclassifications. However, in a data-driven society, data profiles that make us indexable and calculable are highly useful. Increasingly, it is our data profiles, rather than we, which serve as the basis for judgments about who we are, and who we are likely to become, and too often, patterns and correlations in our data are falsely interpreted as revealing deeper truths about our nature.

As the title suggests, however, not everyone’s data is collected in equal measures or used for the same purposes; and the weight of profiling is not the same for all. It beats down much heavier on those already marginalized, as those who have little are exploited more, and those who have fewer options are given fewer choices. The point of what follows is thus not only to describe our technological present. But to warn that the current path we are on leads to a future where technology would sharpen rather than flatten inequalities. Where our identities are increasingly ascribed to us, predicted and determined via our data shadows. But this future is not inevitable as long as we recognize our future will emerge from the now, and in our present time, humans continue to have agency over technology – we only need to assume it.

Frederike Kaltheuner leads Privacy International’s strategic program on data privacy and emerging technologies. In 2016, she was a Transatlantic Digital Fellow on cybersecurity and platform regulation with the Global Public Policy Institute in Berlin and New America Foundation in D.C.Frederike Kaltheuner holds an MSc in Internet Science from the University of Oxford and a BA in Philosophy, Politics, and Economics from Maastricht University in the Netherlands and was a researcher at the University of Amsterdam and a visiting scholar at Bogazici University Istanbul. Frederike regularly speaks at tech, policy and arts conferences and comments on emerging technologies in the British and international press.

Nele Obermüller is a freelance journalist for 'Deutsche Welle', the BBC or 'Vice' among others and also wrote for the UNHCR and the European Commission. She studied Criminology in Cambridge as well as Psychology, Philosophy and Cultural Studies in Sussex and Berlin. For her journalistic work, which deals mainly with questions of social justice, she has received several awards, including the Guardian International Development Journalism Award.