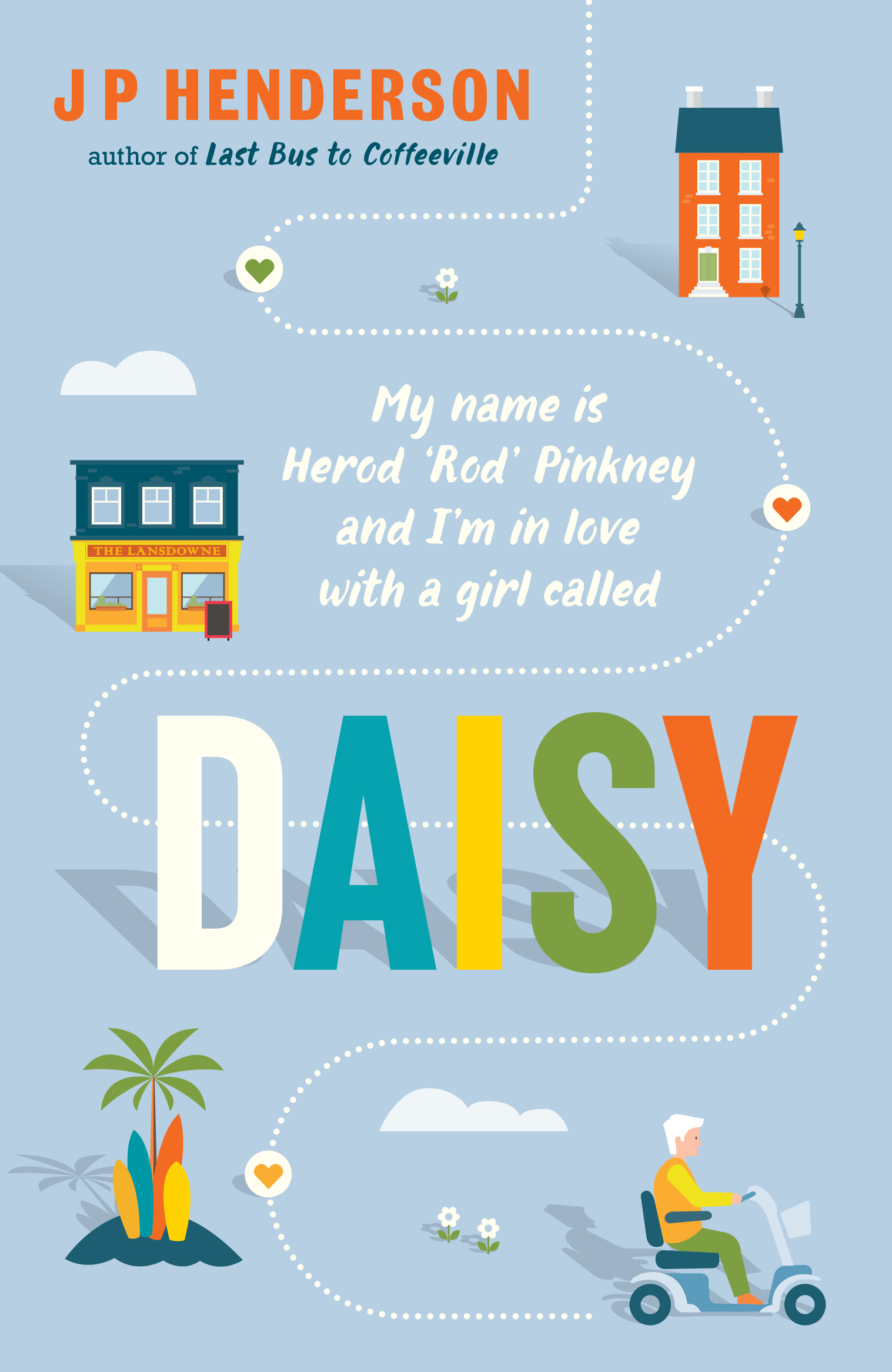 Written in his own words, and guided by a man who collects glasses in a local pub, this is the story of Herod ‘Rod’ Pinkney’s search for Daisy Lamprich, a young woman he first sees on a decade-old episode of the Judge Judy Show, and who he now intends to marry.

When Daisy is located in the coastal city of Huntington Beach, California, he travels there with his good friend and next-door neighbour, Donald, a man who once fought in the tunnels of Cu Chi during the Vietnam War and who now spends most of his time in Herod’s basement.

Herod is confident that the outcome will be favourable, but there’s a problem... Will the course of true love ever run smoothly for this unlikely hero?

A funny and touching story of an improbable and heart-warming quest to find true love, Daisy is perfect for fans of The Rosie Project and Eleanor Oliphant is Completely Fine.

»Never less than amusing, Henderson’s tone is so guileless and inoffensive that it’s barely noticeable when he strays into darker areas, and the inimitable Rod is ably backed up by a supporting cast of equally quirky characters.«
Herald Scotland

»An often funny, bittersweet but a life-affirming read throughout.«
Sunday Sport

»The author writes beautiful, understated prose with a wry, dark humour... Highly recommended for fans of The Rosie Project and Eleanor Oliphant is Completely Fine.«
TripFiction

»There’s compassion, joy and surprise at the heart of this quirky love story.«
The People's Friend