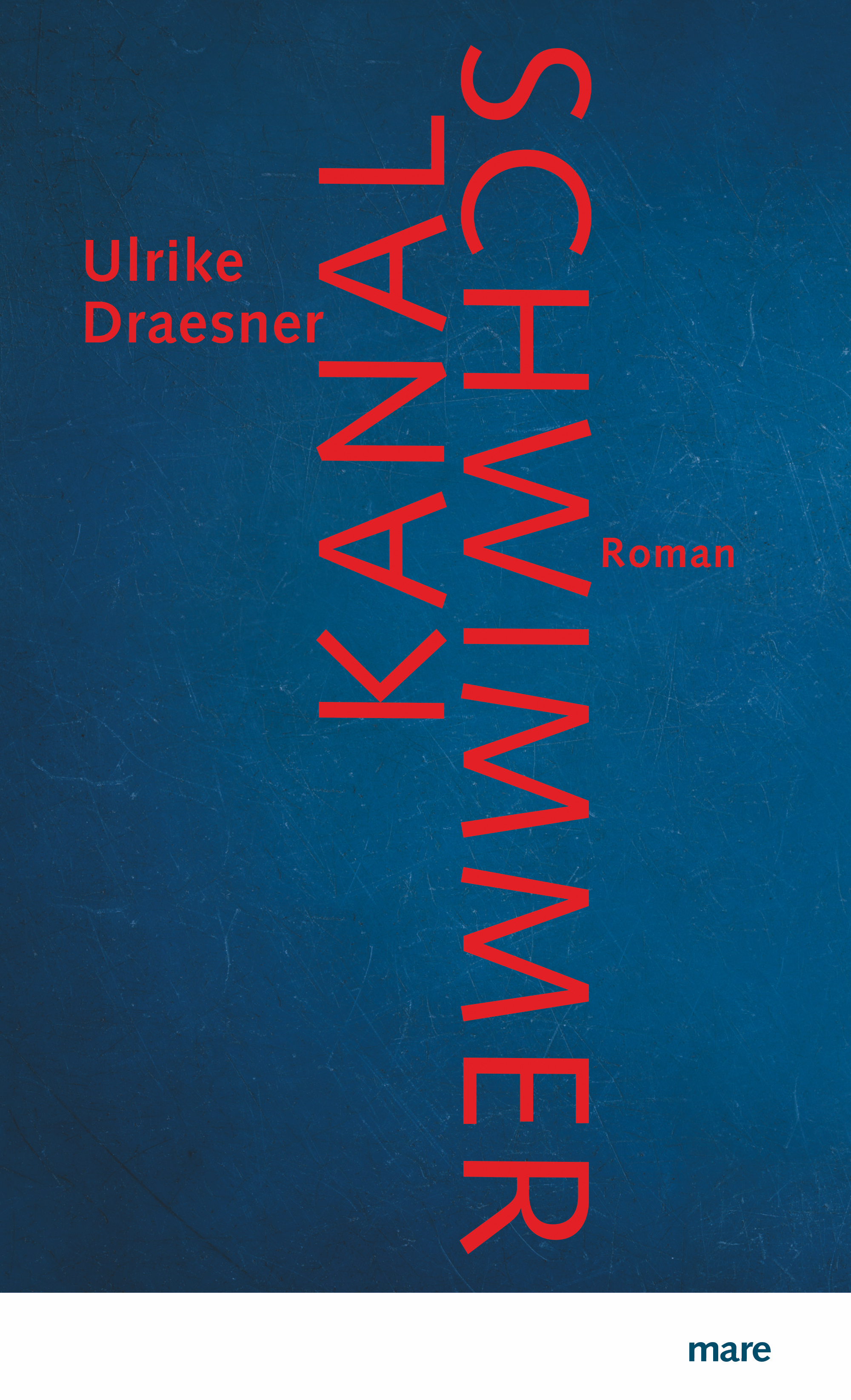 'He had calmly plotted out his retirement: write books, travel to conferences, spend more time with Maude.' However, Maude is not thinking about cozy togetherness. After 37 years of marriage to Charles, she has decided to bring someone else back into her life and into their shared home: Silas, Charles’ best boyhood friend, as well as his swimming partner and, most recently, Maude’s lover. Charles’ attempt to flee the new reality drives him into the water. Since his childhood, he has dreamed of swimming across the English Channel, just once…
One of the most prominent writers in modern German literature, Ulrike Draesner’s brilliant new novel leads to the southern English coast, into the Channel itself, and deep into protagonist Charles’ consciousness. Old memories, new decisions, and the lonely battle against the unconquerable sea reshape his internal and external boundaries with each stroke through the water. This transforms Charles’ channel crossing into an experience on which ultimately everything rides.

»Ulrike Draesner's novel is elegantly written in undulating waves. It leads from the water into the past and into a possible future. Somewhere between Amen and Ahoi.«
3sat Kultur, Buchzeit

»How Ulrike Draesner describes the physical boundary experience of the swimmer and the joint gliding into another state of consciousness, is just as forceful in the tight melodic accuracy as their portrayals of the English coast are.«
Frankfurter Allgemeine Zeitung

»That Ulrike Draesner is a terrific storyteller and linguistic artist has just been proven again by her with her book CHANNEL SWIMMER.«
Donna

»You relive the physical states as well as the sensual impressions of the protagonist's experience impressively and in overwhelming pictures. So much Sea was not in a book for a long time.«
Buchkultur

»As a reader, you dive deep down and then it takes a while to come back. That's how intense it is.«
Welt am Sonntag

»Linguistically so intense that when reading, you have to show up and take a breath because it feels as if you are traveling in the canal yourself. CHANNEL SWIMMER is a reading festival, a literary event!«
Radio Bremen

»Ulrike Draesner develops her carefully constructed story in an exciting compaction an almost irresistible pull. Not least because she interspersed the pictorial, empathic and also humorous outer perceptions and actions of her desperate and lonely hero again and again seamlessly and almost organically with his inner flow of thought, the doubts and memories, this is how literary truthfulness and authenticity arise.«
Nürnberger Nachrichten

»CHANNEL SWIMMER convinces not only formally and contentwise, but above all linguistically: Ulrike Draesner succeeds in making the increasing physical exhaustion of the swimmer and its shimmering mental state comprehensible with her writing.«
SRF 2 Kultur

»This novel is deeper than the English Channel and higher than the sky above. What remains in the end - beyond the question of success or failure - is a great serenity. Ulrike Draesner, master of epiphany, of a moment brought to shine.«
Passauer Neue Presse

»Ulrike Draesner virtuously combines the heavy and powerful with the floating and lyrical lightness of language.«
Bremen Zwei

born in Munich in 1962 is a German poet, a writer of long and short fiction and a translator of French and Anglo-American poetry. She studied English literature, philosophy and German literature in Munich and Oxford and was awarded her Ph.D. in German Medieval Studies with a thesis on theories of intertextuality. Over the past twenty years, she has published seven collections of poetry, five novels, several volumes of essays and short stories, radio dramas, and translations and has contributed to numerous intermedial projects.
Ulrike Draesner has been awarded poetic readerships and teaches as professor for German Literature and Creative Writing at the Deutsche Literaturinstitut Leipzig. For her poetry and prose she received various scholarships and literary awards, amongst which two nominations for the German Book Prize.
Ulrike Draesner lives in Berlin and Oxford.