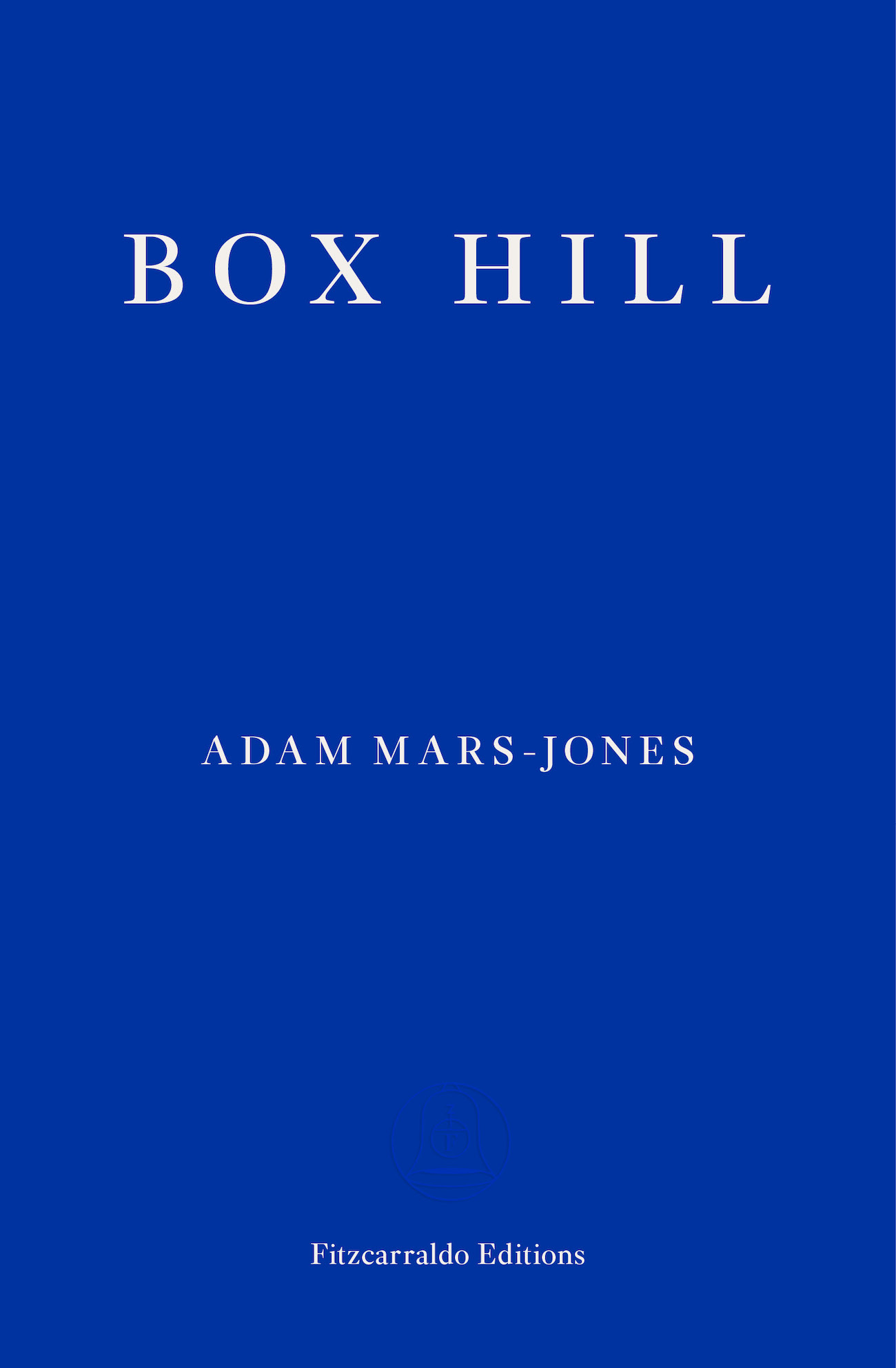 On the Sunday of his eighteenth birthday, in 1975, Colin takes a walk on Box Hill, a biker hang-out. There he accidentally trips over Ray, a biker napping under a tree – and that’s where it all starts. This transgressive, darkly affecting love story between men, winner of the 2019 Fitzcarraldo Editions Novel Prize, is a stunning novel of desire and domination by one of Britain’s most accomplished writers.

»The biggest small book of the year. ... The format of the narrative – one unbroken text, with no chapters or scene breaks – enhances Colin’s conversational voice, and often Box Hill reads like an Alan Bennett Talking Heads monologue: wry, dry, plump with words like “fumble” and “stiffies”, and with a pleasure or peculiarity on every page.«
The Guardian

»A subtle, biting novella ... Although repressed boomers of Surrey are probably not the target audience of this intimate, stirring novel, they would probably enjoy this portrait of an impossibly lost age.’«
Independent

»The very best novel of the year was Adam Mars-Jones’s complex, shifting and sensationally lewd Box Hill — for once in 2020 a novel written not to make an approved point or demonstrate its author’s virtue but to explore calmly the wildest stretches of human behaviour. Its subject is cruelty, both theatrically performed and executed in reality, without costumes. A masterpiece that Dame Ivy would have been greatly interested by.«
The Spectator, Books of the Year

»Adam Mars-Jones has never needed to write at great length to convince readers of his talent. ... Mars-Jones’s latest work is a sliver of a novel that provides ample evidence of] his prowess. ... Box Hill is not a novel for the prudish, but it is a masterclass in authorial control. ... Despite its diminutive length, it is rich with detail and complexity, and has plenty to demonstrate Mars-Jones’s well-deserved place on any list of our best.«
Sunday Times

»I very much enjoyed Box Hill. It is a characteristic Mars-Jones mixture of the shocking, the endearing, the funny and the sad, with an unforgettable narrator. The sociological detail is as ever acutely entertaining.«
Margaret Drabble

»A tender exploration of the love that truly dare not speak its name — that between master and slave. On his 18th birthday, Colin literally stumbles upon a strapping biker twice his age, and falls into a long-term relationship characterised by devotion, mystery, and submission. In plain unadorned prose, Mars-Jones shows us the tender, everyday nature of this. Self-deprecating, sad, and wise.«
Fiona McGregor

»It is a testament to Mars-Jones’s skill that we finish the book with everything illuminated, and yet, quite properly, everything left in the dark.«
The New Statesman

»A relationship that could seem profoundly unfair blossoms into a revelation of love and magic.«
Kirkus Reviews, starred

»It is a testament to Mars-Jones's skill that we finish the book with everything illuminated, and yet, quite properly, everything left in the dark.«
Stuff, New Zealand's largest and most popular news site

Adam Mars-Jones’ first collection of stories, Lantern Lecture, won a Somerset Maugham Award in 1982, and he appeared on Granta’s Best of Young British Novelists lists in 1983 and 1993. His debut novel, The Waters of Thirst, was published in 1993 by Faber & Faber. It was followed by Pilcrow (2008) and Cedilla (2011), which form the first two parts of a semiinfinite novel series. His essay Noriko Smiling (Notting Hill Editions, 2011) is a book-length study of a classic of Japanese cinema, Yasujiro Ozu’s Late Spring. His memoir Kid Gloves was published by Particular Books in 2015. He writes book reviews for the LRB and film reviews for the TLS.