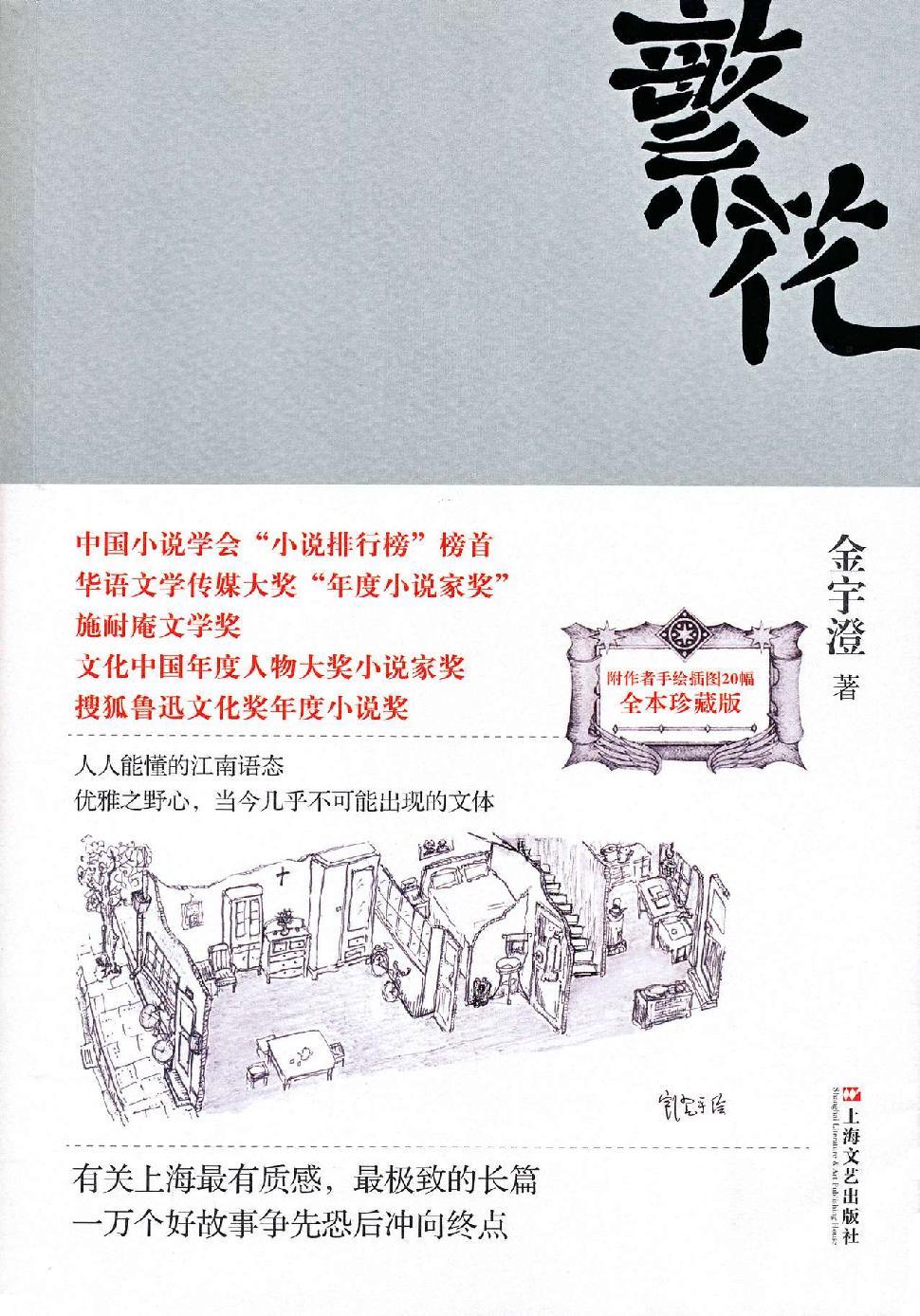 The Biggest Literary Novel in China With Over 1.2 Mio Copies Sold, 30 Literary Awards and Movie Adaptation by Wong Kar-Wai.

BLOSSOMS is regarded as the best novel on modern urban life in China. With a split time frame, it weaves two significant eras in Chinese history, namely the Cultural Revolution and the shift to market economy in the early 1990s into a tapestry of love, desire, memory and nostalgia, a tale of ordinary and extraordinary events.

BLOSSOMS won the Mao Dun Literature Prize, one the of the most prestigious literary awards in China, only given every four years.

BLOSSOMS revolves around a group of Shanghai urbanites, Husheng, Abao, and Xiaomao, three men all born after the founding of the People’s Republic of China in 1949, coming from all walks of life, including families of Army members, businessmen, and factory workers.
The characters dwell in the downtown area of Shanghai from the end of the 1950s to the end of the 1990s. Their stories are split into two streams of narratives, one following their childhood during the Cultural Revolution, and the other following their adulthood during the Reform and Opening Up period. The dual narratives appear in alternating chapters. Despite their different family and class backgrounds, the three men form friendships because of their geographical proximity, shared childhood experiences, and a similar series of changes that occurred in their lives alongside historical events in and outside China.

During the Cultural Revolution period, massive changes in the society influenced the lives of each of them. Abao’s family, for example, underwent political persecution and lost their house and properties. On the other hand, Husheng actively participated in the revolution as a frenzy follower of Maoism. One lasting impact of the ideological movements in this period on the protagonists was sexual oppression due to heavy communal surveillance. In the Reform and Opening Up period, we see this impact through the tragic love stories of the protagonists. While the society has changed significantly since the end of Cultural Revolution, there is always something that stands in the way of any happy marriage for them.
Jin Yucheng delineates a plethora of characters in banquets after banquets, who seem to benefit from the alleviation of sexual oppression, yet find it equally distressing to indulge in the capitalist-oriented society. Through the trope of love and sex, the novel touches upon a history of Shanghai that has seldom been visited in contemporary Chinese literature.

»I was totally immersed in Blossoms. I could open any page or read it from back to front. Every paragraph was worth three readings. I knew I encountered an astonishing work of art.«
Wu Liang, literary critic

»BLOSSOMS is a lightning across the sky in Chinese literature in 2012. It creates a museum of the worldly ways in cities in the south. It tests our knowledge of and loyalty to literature.«
Cheng Yongxin, Editor of Harvest, (the most prestigious literary journal in China)

»Since Eileen Chang, literature from or about Shanghai always tends to be feminine, meanwhile Jin Yucheng’s BLOSSOMS is full of masculinity, never crude, but of a particular sensuality of the Shanghai men. (...)'In the Mood for Love' and '2046' are set in Hong Kong, but the characters came from Shanghai. BLOSSOMS is the missing piece of the Shanghai trilogy.«
Wong Kar-Wai, film director

Jin Yucheng is a Chinese novelist and literary editor. He was born in Shanghai in 1952. During the Cultural Revolution, he spent eight years on a farm in Northeast China. In 1977, he returned to Shanghai and worked in West Shanghai Workers’ Culture Palace. Jin Yucheng started to publish works in 1985. His debut story 'The Lost River' won a national essay contest. In 1988, his novel 'The Wind Birds' won a fiction award sponsored by Shanghai Literature magazine. At the same year, he was transferred to Shanghai Writers Association and was the editor of Shanghai Literature since then. His novel BLOSSOMS became a literary phenomenon.