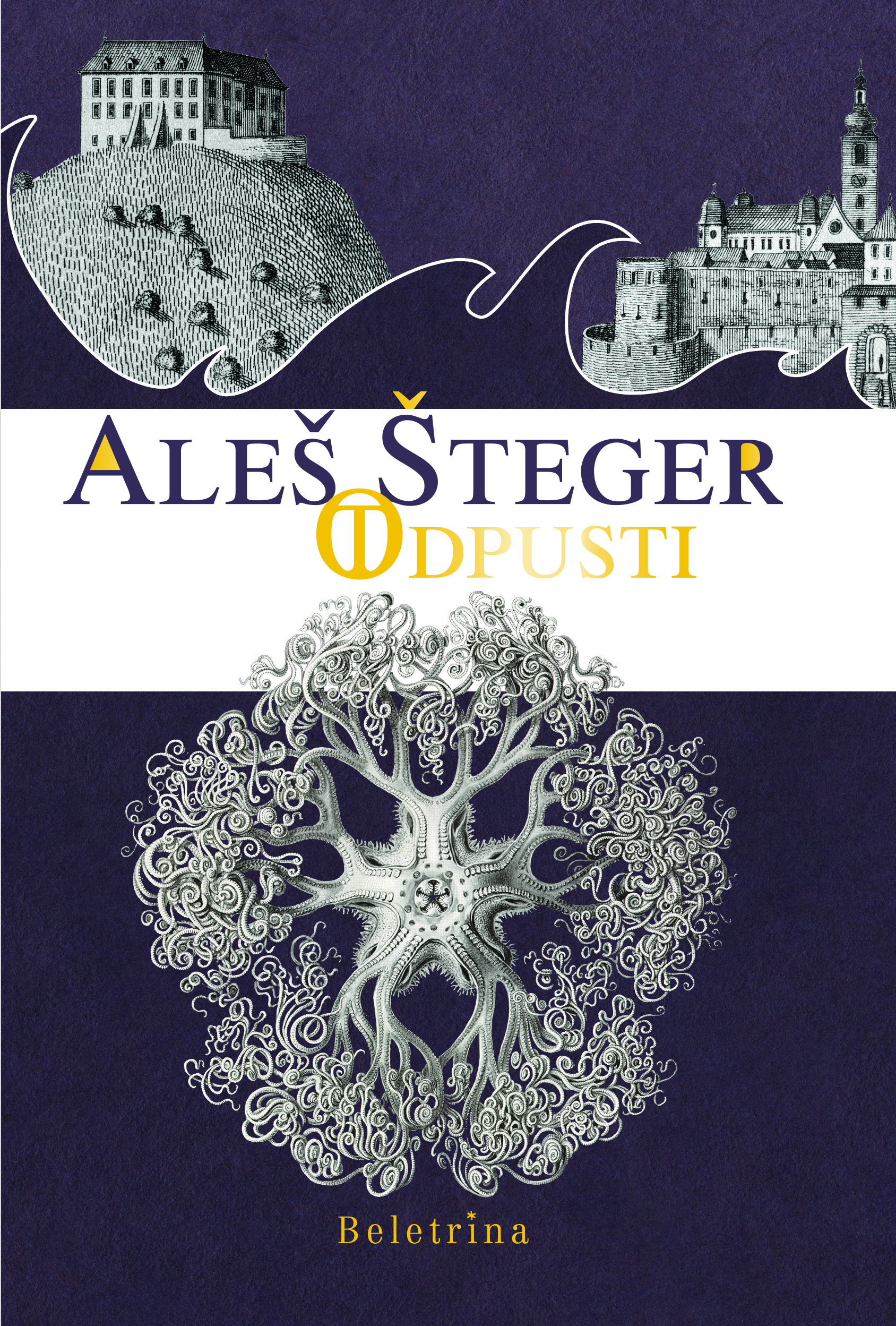 The debut novel by Slovenian's most important author of his generation.

It's Carnival time 2012, and the Slovenian city of Maribor is European Capital of Culture. In an attempt to maximize profit, local politicians and showman peddle every possible art form. Amidst the hype, dramatist Adam Bely and Cuban-Austrian journalist Rosa Portero pursue a secret mission: to track down and overthrow the sinister octopus of thirteen selected persons that seems to be in control. On the way, they encounter a variety of important citizens, all entangled in a web of corruption and lies. In the tradition of Bulgakov, Gogol and Kafka Aleå å teger lets the forces of good and evil collide in this grandiose literary thriller. This is a debut novel filled with striking personae, haunting images and a grotesque plot. It proves, in the end, to be a journey into the heart of a European darkness.

»The novel is filled with haunting images and proves to be a journey into the heart of darkness befalling Europe. Absolution is certainly a one-of-a-kind literary piece, a great read that is engrossing and that stretches the reader's imagination to its limits. In the words of Agata Tomažič of Pogledi Review of Culture, you simply have to surrender to this book.«
Versopolis

»He is writing within the tradition of writers such as Franz Kafka, Mikhail Bulgakov and Albert Camus whose work highlights the sinister workings so prevalent in modern states.«
Irish Examiner

»A sophisticated mix of fantasy-thriller and political satire.«
Die Welt

»Simply one of the most enjoyable poets to read in Europe right now, Aleš Šteger is cultivated and often brilliant poet. He maintains an air of philosophical sophistication while imbuing his work with a laconic nature and aberrant minimalism that makes it distinct and vidid in the memory. A leading light in the rich Slovenian poetry community.«
3:AM Magazine, Maintenant #45

»Šteger focuses on things, a central concern of European philosophy ever since Husserl, and of European poetry since Rilke. Šteger takes an original approach to this question by not systematically pursuing the 'thing-in-itself' and attempting to bring words as close as possible to it, as Francis Ponge did.«
Poetry Today

»Aleš Šteger did in the Slovenian what Michel Houllebecq did in the French literary cosmos: with sarcasm and grotesque he took revenge on the world of media, journalism, literature, theatre, law, politics and many others.«
Gabriela Babnik, Delo daily newspaper

»Absolution is the great theme of Slovenians. At least on a rhetorical level. Do you want to forgive? And do you truly want to be forgiven? Regardless of the answer you should read Aleš Šteger's novel Odpusti.«
Večer daily newspaper

»You simply have to surrender to this book. The reading will be full of suspense, comparable with Dan Brown - only much richer in style and vocabulary.«
Agata Tomažič, Pogledi Review for Culture

»With references to Bulgakov and Gogol consisting of a string of grotesque scenes - right to the spectacular finale.«
WDR 5

Slovenian writer Aleš Šteger, born in 1973, has published eight books of poetry, three novels, and two books of essays. A Chevalier des Artes et Lettres in France and a member of the Berlin Academy of Arts, he received the 1998 Veronika Prize for the best Slovenian poetry book, the 1999 Petrarch Prize for young European authors, the 2007 Rožanc Award for the best Slovenian book of essays, and the 2016 International Bienek Prize. His work has been translated into over 15 languages,including Chinese, German, Czech, Croatian, Hungarian, and Spanish. Five of his books have been published in English: The Book of Things, which won the 2011 Best Translated Book Award; Berlin; Essential Baggage; the novel Absolution; and Above the Sky Beneath the Earth.
Šteger's literary efforts have been aimed at exploring the relations between literature and other fine arts, including visual arts and music.
He has worked with a large scale installation at the International Kochi-Muziris Biennale in India, completed several collaborations with musicians (Godalika, Uroš Rojko, Peter N. Gruber), and collaborated with Peter Zach on the film Beyond Boundaries.

In addition to his artistic achievements Aleš Šteger has also achieved recognition as a translator, a co-founder and he was the initiator and programme director of the international poetry festival Days of Poetry and Wine and as an editor of the Koda theory imprint. As a translator Aleš Šteger has translated Gottfried Benn, Peter Huchel, Ingeborg Bachmann or Durs Grünbein among others.

The philosophical and lyrical sophistication of his poems, along with his work as a leading book editor (he is founder of the Beletrina Academic Press) and festival organizer, earned Aleš Šteger a reputation that quickly traveled beyond the borders of Slovenia. The international reach of his work seems appropriate considering its international concerns and refusal to acknowledge limits to, or boundaries of, art, thought, and even genre. Although grounded in and growing from his home country, Šteger's work in multiple genres and on many fronts testifies to his growing stature as one of Central Europe's most essential literary figures.