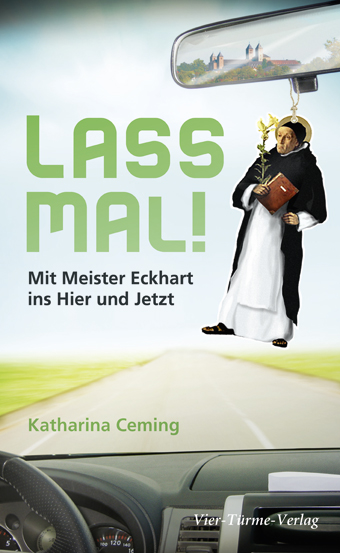 A Timeless Hero of Modern Spirituality: The Teachings of Meister Eckhart, One of the Most Influential 13th Century Christians

Eckhart of Hohenheim (c. 1260 - c. 1328), commonly known as Meister Eckhart, was a German theologian, philosopher, monk and mystic. A colorful personality and highly controversial - until today. Some accused him of heresy, while others sought to co-opt his teachings into their own positions. A fellow friar of Thomas Aquinas Eckhart allowed himself to look at the world a little differently and identified God with the all-encompassing, all-enveloping, all-engendering Great Cause of Platonic and Neoplatonist philosophy.
Today, Meister Eckhart is best known as one of Christianity's most significant mystics - and as one of the first to promote the idea of 'letting go'.
Philosopher and Theologist Katharina Ceming introduces us to the teachings of this great medieval academic and what we can learn from him today.

Prof Dr Dr Katharina Ceming is one of the most remarkable philosophical teachers as well as a theologian and has a doctorate in both disciplines. Her work as a sought-after speaker, coach and author is especially influenced by the 'Integral Theory' of the widely acclaimed American philosopher Ken Wilber.